Kevin McCorvey is charged with driving under the influence and several other traffic offenses.

A Georgia ambulance driver has been charged with second-degree homicide-by-vehicle after rolling into a ditch while driving under the influence, killing his dialysis patient.

Kevin McCorvey, 34, is also charged with driving under the influence and several traffic offenses, CNN reports. He was operating a private, non-emergency ambulance Nov. 12 in Fairburn, Ga., just outside of Atlanta, when it rolled into a ditch and flipped over just before 7:30 p.m. His passenger, 66-year-old Wilton Thomason Jr., died. Georgia State Patrol said Thomason was unrestrained inside the back of the vehicle. 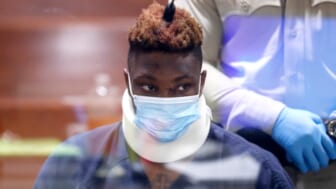 McCorvey and another first responder tried to revive Thomason while they were still in the overturned ambulance, according to New York Daily News. After the patient was pronounced dead, McCorvey and the other paramedic tried to leave the scene in an Uber.

Officers on the scene noted that McCorvey’s breath smelled of alcohol and he was arrested following a field sobriety test. McCorvey reportedly admitted to smoking marijuana, taking Adderall, and drinking alcohol while driving the vehicle.

McCorvey was charged with failure to maintain lane, possession of an open container, and reckless conduct, records show.  He’s being held at Fulton County Jail without bond. The other first responder was not arrested and has not been charged, according to the report. 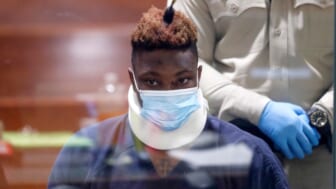 One YouTube user commented under CBS46 Atlanta’s report of the story, “A DUI and open container charge… plus the patient wasn’t properly secured, yea lock him up and sue the company for every penny!!!”

Another added, “He was on his way to the hospital drinking a beer… are you kidding me?!?!”

A third wrote, “when you hire a garbage, shade-tree ambulance company, this is what you’ll get!”

One commenter chimed in with, “He looks drunk in photo mugshot.”

Another user asked, “How co-worker shares no responsibility when he’s driving with open container?”