"This is something I'll have nightmares about for the rest of my life," said CEO Alex Pollak.

The CEO of ParaDocs, the medic company hired by Astroworld organizers, is speaking out about the chaotic concert to “set the record straight” on efforts made by his team of more than 70 people to help save lives that night. 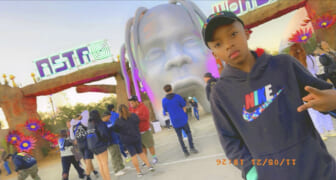 “This is something I’ll have nightmares about for the rest of my life,” Pollak said on Monday. “The team is extremely broken up about it. Seeing so many young people getting CPR at one time, it’s just something no one should have to go through. Even though we’re medical professionals, we should be used it. You can’t get used to something like that.”

Some 300 people were treated at the festival site and 13 were hospitalized. theGRIO’s Biba Adams previously reported that eight people died on the night of the fest, which was held Nov. 5 in Houston at NRG Park, and over 300 were injured. The death toll has since risen to nine. The victims range in age from 9 to 27. TMZ claims NRG Park had a $26 million insurance policy on the event.

A report from TMZ notes that the “Sicko Mode” rapper left the festival and went to Dave & Buster’s for an after-party once he believed the event concluded. The report asserts Scott was still unaware that there were fatalities at his concert.

Houston police and fire department investigators have said they are reviewing surveillance video provided by concert promoter Live Nation, as well as dozens of clips people at the show widely shared on social media. Investigators also planned to speak with Live Nation representatives, Scott and concertgoers. Scott and the event organizers are now the focus of a criminal investigation.

Pollak said ParaDocs did not have the power to stop the concert but admits one of the many things that went wrong that night was his team’s failure to effectively communicate with police and firefighters. Pollak said ParaDocs staff did use radios provided by the event organizers.

Pollak, who was working the concert, believes that had the concert been abruptly halted, it might have caused riots.

He also said several attendees “thought it was a joke” when medics performed CPR on the back of carts.  “We never expected [in] our lives to encounter a situation like that. It was absolutely horrific,” Pollak said.

“There was zero crowd etiquette,” said Remington Richardson, an emergency medical technician contracted by ParaDocs. “They didn’t give a single damn about anyone around them.”

Richardson recounted the attempts to save lives at the music festival in a series of TikTok videos, as reported by CNN.

“Being in this crowd is literally a life-threat,” Richardson said in videos posted online last week. 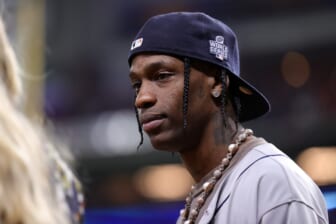 Per the report, he describes navigating through the crowd with people grabbing hold of him and begging for help but he “had to tell all of them, ‘I will try to come back for you, but people are literally dead right now that I need to go and help.'”

Astroworld was founded in 2018. During the 2019 festival, three fans were injured in a similar crowd-surging occurrence. The show was put on hold for 2020 due to the coronavirus pandemic, and this month marked the return of what was to be an annual event in Scott’s native city.

Travis Scott and Live Nation are facing over 100 lawsuits related to this year’s Astroworld tragedy.