Through her short film "Conversations with Friends," Fox shared her own story about her journey through depression.

As a film director, Elyse Fox is always behind the camera capturing moments and telling the stories of others.

She describes herself as, ”that weird girl that was in class, not saying much, but she had a lot of thoughts in her head.” Filmmaking and photography was an outlet that allowed her to communicate with her family and community.

Through her short film Conversations with Friends, Fox shared her own story about her journey through depression.

In the short film, she captures her life in 2016, which she describes as “one of the most depressing periods in my life.” She left Los Angeles, where she endured an abusive relationship, and returned to New York City to start fresh. Conversations depicts the day she was hospitalized after a suicide attempt, positive moments like attending South by Southwest, her thoughts on how depression is something she always thought she had but was never able to put into words; and deep conversations with her friends on topics from mental health to elections.

Conversation released December 22, 2016 — her birthday and the anniversary date of her suicide attempt. 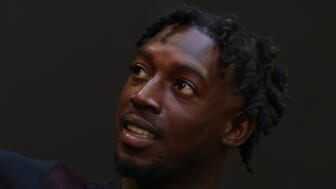 Also Read:
Falcons’ Calvin Ridley to step away from football due to mental health

“With that film, the reception was just incredible,” Fox told theGrio. “There were so many young women and young men who saw themselves in my story [and] wanted to know more. They wanted to tell their stories.”

Fox established Sad Girls Club in Feb. 2017 with a goal to build community and diminish the stigma around mental health. The non-profit organization strives to support Black women and women of color within the Millennial and Generation Z demographics.

The COVID-19 pandemic caused anxiety and depression to ramp up among all U.S. adults, but especially among younger adults, according to a Centers for Disease Control and Prevention study from February. Before the pandemic, Sad Girls Club had in-person art-therapy events once a month; it’s since had to pivot to digital support. Fox reached out to a cohort of Black and Brown therapists and launched her first healing group program, Chat Room (formally known as Soul Sessions).

“You can come into the space and discuss anything that’s on your mind as it relates to the theme,” explained Fox. “We have just a general theme, but we just let the community members come in and chat about whatever it is that’s on their mind. And that’s been like a huge, huge, huge success throughout COVID because people are just isolated, people were alone.”

Fox is working on a fundraiser to raise $15,000 towards providing additional programming for Chat Room.

“We want to basically serve twice the amount of people we’ve served so far, and that number is about 2,200 people in the past year…15 months,” she said.

“We want to double that next year and bring on more therapists. We also want to launch another program called Sex Ed. So we’re fundraising to launch a sex-ed class for younger adults. And also we’re going to be more in real life, so having more in-person events is definitely on our agenda. And just continuing to listen to the community and seeing what they need and supporting them.” 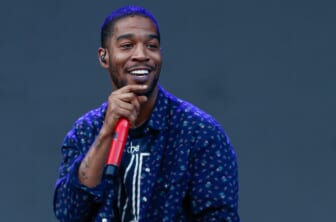 If you are an adult trying to figure out if a child or someone you know is struggling with mental health issues, Fox offered some tips on what to look out for.

“You can identify specific behavior that you’ve seen from your child or it can be like your cousin or nephew or [whomever],” said Fox. ‘When people are depressed, a lot of times, or many times, their creativity or their hobbies are kind of lacking. So if you notice that something that someone used to love to do and it isn’t happening, just ask those questions that are very noninvasive but just like, ‘I’m curious, like what’s going on? Are you OK?’ And letting them speak and just and then creating the space.”

Fox said that if you are new to this, or are a parent that goes from zero to 100 and likes to yell and scream, you have to check yourself before you even try to check your child. That has to be left at the door.

“Even if you aren’t the direct parent, [if] you see something with like a family member or a close friend, let them know that you are that safe space for them because everybody wants to have somebody they can purge to.”