In an update to fans, the country music star shared that her son is "not in the clear but he's on the mend.”

Country music artist Mickey Guyton shared an update with fans about the health status of her infant son after he was rushed to the IUC Thursday night. 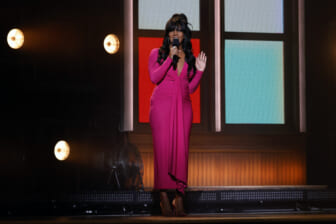 “I normally don’t do this but my son is being sent to the icu. The doctors don’t know what’s wrong. Please please pray,” Guyton shared on Twitter Thursday night. She shares son Grayson with her husband Grant Savoy.

On Friday afternoon, Guyton tweeted that her son is “not in the clear but he’s on the mend.”

Guyton’s message accompanied a black-and-white photo of her husband holding their son in the hospital.

Earlier this year, Guyton gushed about the joys of being a new mother in an interview with PEOPLE, calling motherhood “one of the greatest things I will ever experience,” she said, adding that it’s been “awesome” to “just look at this baby’s face that you held in your body for so long. There’s no other better feeling.”

Guyton told the publication that her infant son “is all I think about.”

Guyton added, “I just want to make him proud. And to make this world easier for him as he grows up and becomes a young Black man. I’m just obsessed with him if you can’t tell, like really, really obsessed with him.” 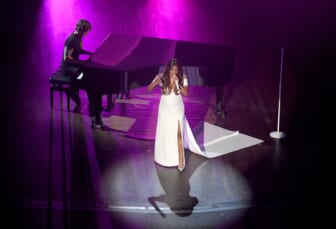 Also Read:
After years of hustle, Mickey Guyton finally steps into the spotlight during this Sunday’s Grammys

Guyton has been steadily building her reputation since her 2014 release Unbreakable, and has talked in the past about her struggles in the country music industry.

“My professional journey has been very difficult,” Guyton told Grammy.com last year. “It was hard trying to find my footing in a predominately white male-dominated industry. I had to really become comfortable with who I am and find my own voice and way in an industry that seemed to have a specific path that you had to follow in order to make it.”