Arbery was recorded on video five different times inside a neighborhood house, though prosecutors say there’s no evidence he committed any crimes in the neighborhood

Months before Ahmaud Arbery was killed, shooter Travis McMichael wrote a simple, chilling response to a Facebook post about a suspected car burglary in his Georgia neighborhood: “Arm up.”

The item he commented on was sandwiched between chats about lost dogs and water service interruption, like in many online communities in the U.S. based around physical neighborhoods.

But in the year before Arbery’s death, the posts in the Facebook group for the subdivision where McMichael lived portray a neighborhood increasingly on edge over low-level incidents, with residents swapping suspicions, keeping children inside and becoming willing to take matters into their own hands. 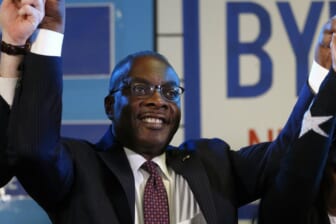 At a time of broad re-examination of race, criminal justice and the role of technology, such online neighborhood forums in the U.S. have a troubling tendency to veer from wholesome community chitchat to anxious hypervigilance when suspicion is the discussion topic.

“It causes people both to be more anxious, more on-alert or hypersensitive. But it also makes them more suspicious of someone not like them,” in a variety of ways, said media psychologist Pamela Rutledge. “It’s really sort of stacking the kindling, so to speak, because people are then watching for something to go wrong.”

Closing arguments are expected Monday in murder trial for McMichael and two other white men charged in the slaying of Arbery, whose death became part of a broader reckoning on racial injustice in the criminal legal system.

Father and son Greg and Travis McMichael grabbed guns and pursued Arbery in a pickup truck after seeing the 25-year-old Black man running in their neighborhood outside the Georgia port city of Brunswick in February 2020. William “Roddie” Bryan, who joined the pursuit in his own truck, took cellphone video of Travis McMichael shooting Arbery as he threw punches and grabbed for the shotgun.

They say that they were trying to lawfully stop burglaries in their neighborhood, and McMichael testified he shot Arbery in self-defense.

He also testified that much of what he knew about local burglary reports came from the Facebook group for the Satilla Shores subdivision where he lived with his parents.

His “arm up” comment came in response to a July 2019 post, included in court documents, in which a woman warning of car burglaries said: “Remember, you can’t tell if a thief is a lightweight or a murderer.”

An item from that November referenced a Black man and a white couple recorded on back-to-back nights inside a home under construction five houses down from the McMichaels. Travis McMichael’s response: “They are really playing with fire.”

All sides agree the Black man was Arbery, who was recorded on video five different times inside the same house — including just before the McMichaels began their pursuit of him — though prosecutors say there’s no evidence he committed any crimes in the neighborhood.

One neighbor testified that a post about a car break-in prompted her to check her husband’s truck and discover some of his tools missing. Brook Perez said it “felt like a violation.”

Neighbor Lindy Cofer said people on the Facebook group swapped theories and suspicions behind who might be responsible for certain property crimes. Asked if she had ever been a victim of crime, Cofer said not for more than 30 years. 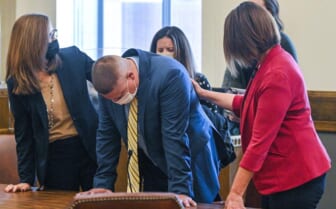 Scholars have long found that people who consume a lot of media tend to have a greater sense of fear, said David Ewoldsen, a Michigan State University professor who studies media and psychology. The strongest effect is with local news, because people know the area and identify with it.

On a neighborhood site, it’s even closer to home and thus “magnifies the effect,” he said.

Humans have a “fight or flight” response to fear. When the spark is a social media post from a neighbor they know, people may want to somehow respond to the situation. “So you have all of that intertwined, and it’s going to it’s going to increase the likelihood of a violent response,” Ewoldsen said.

Still, outright violence remains rare. In a case this year in wealthy Danville, California, some residents took to the social media platform Nextdoor to urge police to remove Tyrell Wilson, a Black homeless man, before a separate rock-throwing call culminated in a police officer fatally shooting him in the head.

“These platforms serve as vehicles to amplify and echo a feeling that your community is under assault,” said Steven Renderos, executive director of the group MediaJustice. Watching discourses himself, he’s felt “there’s a way in which white vigilante-ism is praised and in a way in which Black existence is criminalized.”

Nextdoor has worked to curtail racism on its platform, including with diversity and inclusion training for its moderators, Renderos said. Facebook didn’t respond to an emailed request for comment from The Associated Press for this story.

Still, Renderos would like to see more transparency around the users’ demographic data to see whether it reflects the entire community, since artificial intelligence can only go so far in weeding out hate speech or violent language.

“At the end of the day,” he said, “what you can’t fix on the platform side is the racism that exists in those communities.”