The Oscar winner's son said that she and her Grammy-winning boyfriend should get married.

Halle Berry seems very happy with her boyfriend, singer/musician Van Hunt, and fans are probably wondering if they’ll get married. Well, Berry said her e8-year-old son, Maceo Robert, thinks they should get married, and presided over a makeshift “commitment ceremony” between the two.

When Berry visited ABC morning talk show, Live with Kelly and Ryan, co-host Ryan Seacrest congratulated the Oscar winner on her “commitment ceremony” with her Grammy-winning beau. Berry chuckled at the well-wishes and clarified that the so-called ceremony was a half-hearted lark sparked by her son during a car ride. 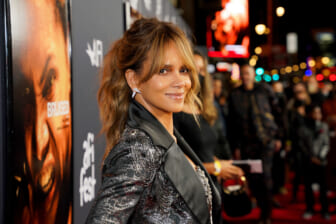 Also Read:
Halle Berry on relating to character in ‘Bruised’: ‘I’ve had to fight for everything I’ve achieved’

“This was a ceremony by an 8-year-old in the back seat of the car who said, ‘Mom, you should get married to him.’ I said, ‘Really, I should marry to him?’ He said, ‘Yeah, I pronounce you man and wife.’ So we’re like, ‘Oh, okay. We’re married,'” Berry said. “But we’re not married. So that’s our commitment ceremony. It’s silly. It’s sweet.”

Although Berry, Seacrest and Ripa had a laugh about it all, Berry said that it’s a good sign when the kids are pleased with her new relationship. “What I love about it is when you blend families, it’s really hard,” Berry said. “So, the good news is the kids are comfortable and that’s all that matters.” 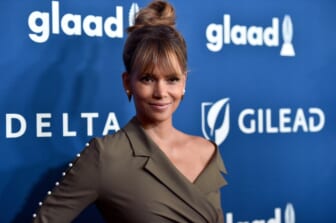 Maceo Robert is Berry son with ex-husband, French actor Olivier Martinez. The two were married in 2012 and announced they were divorcing in 2015. She also has an older daughter, Nahla Ariela with ex-boyfriend Gabriel Aubry. Berry and Hunt’s relationship has been public since 2020.

Berry appeared on Live with Kelly and Ryan to promote her latest film project, Bruised, which she stars in as a disgraced MMA fighter who makes a comeback. The film also marks Berry’s directorial debut as well. She spoke about her affinity for mixed martial arts and boxing from her younger days.

“I have been a lover of boxing since I was a kid. I was a latchkey kid who grew up with Muhammad Ali and George Foreman and Joe Frazier and [Sugar Ray] Leonard,” Berry said. “These guys my entertainment on the weekends. They were, sort of, my ideals of what a man should be, right? So I’m very close to the sport.”

“Then when MMA came about and women got to be big part of MMA, and they were paid fairly, they were treated equally, I was like, ‘Oh, I think I love this.’ And now, when this script landed on my lap, I was a huge fan of the sport. And I thought, ‘Wow, this seems like this is made for me.'”