Allen told his Twitter followers Tuesday that his baby was released from one hospital and had to be transported to another.

Country singer Jimmie Allen and his wife, Alexis Gale, had some choice words Tuesday night for the “lazy doctors” Allen suggested didn’t do enough to help his infant daughter when she reportedly had trouble breathing. 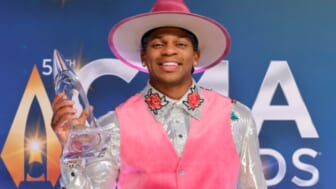 Also Read:
Jimmie Allen fights back tears after winning New Artist of the Year at the 2021 CMAs

Gale, 25, gave birth to the couple’s youngest daughter, Zara James Allen, on Oct. 16, according to CMT.com.

The five-week-old was experiencing some kind of medical distress Tuesday, according to her parents’ social media accounts. Zara and Allen’s 20-month-old daughter Naomi Bettie have reportedly been sick since Sunday, according to PEOPLE.

He and his wife aired their grievances on Twitter and Instagram. Allen said Zara “stopped breathing” completely after she was released from one Tennessee hospital and had to be “rushed” to another.

“Attention Doctors,” the country star told his 57,000+ Twitter followers late Tuesday night. “If the parent of your one-month-old patient tells you the child having a hard time breathing and the only thing your lazy self wants to do is check heart and temperature find another career.”

In a subsequent tweet, Allen said baby Zara “lost color” before an “amazing” EMT crew helped save her. The “Big Shot” singer suggested baby Zara was doing better later Tuesday evening while noting it was “gonna be a rough night.”

“Thanks to the amazing EMT team that brought back Zara’s color she can breathe again,” he tweeted.

Allen’s wife, who is a nurse, took to Instagram overnight to criticize the first set of doctors who treated her youngest daughter.

“Not one doctor has taken the time to actually listen and make sure she’s really okay,” Gale wrote in one IG Story post, according to Page Six. “[Ten minutes] in and outs [sic]. What this nurse mama is seeing/hearing is so frightening.”

Prior to the weekend, Allen was riding high after winning the trophy for New Artist of the Year at the 55th Annual CMA Awards. During his acceptance speech on Nov. 10, the 36-year-old was specific about expressing gratitude to his wife and children for their support leading up to the win, along with everyone who voted for him.

“Everyone who voted for me, thank you,” he said as he started to cry. “My wife, I love you. My kids, my mother’s here. My manager Ash Bowers. … This is amazing.”

In April, Allen became the first Black musician to win a trophy for New Male Artist of the Year at the American Country Music awards.

“For me it shows where the world has gone, as far as inclusion for everyone,” Allen told ET host Rachel Smith at the time. “It’s a beautiful thing. I’m hoping that even though I’m the first, I won’t be the last.” 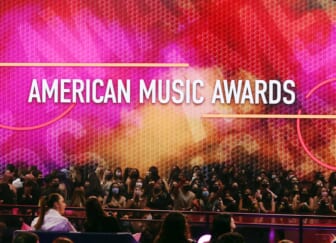 Gale thanked her Instagram followers Tuesday night for their love and support.

“Thank you everyone for the kind words and for thinking of us during this time,” she wrote, according to Page Six. “Hopefully, I’ll have more answers today.”

As of early Wednesday evening, Allen and his wife hadn’t provided any more social media updates on Zara’s current condition.