EXCLUSIVE: “There are so many dark places in my life, where I'm left thinking I can't believe that just happened. So I give that all to Monet," Blige says.

Power Book II: Ghost features a long list of heavy hitters, including R&B and hip-hop legends Mary J. Blige and Method Man. With both actors having decorative careers in the music industry, Blige and Method Man sat down with theGrio to talk about season two of the series, which returned on Nov. 21, and how their characters have evolved.

“Now they are starting to delve into Davis’ backstory. He has a brother played by Redman,” Method Man said about exploring his character’s upbringing in season two. “I think you guys will see the difference in how Davis responds to his life in private practice versus his life with his brother. There are some secrets there that I’m not at liberty to say.”

The rapper shared that receiving a detailed backstory and storyline is a moment many actors wait for, especially when working with a huge cast.

“I love the fact that they are including Davis more—and not just in a court setting—but just his everyday life and what makes him tick,” Method Man added. 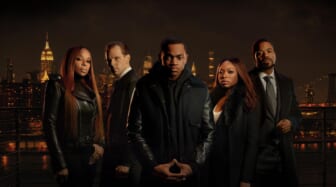 As for Blige, fans will definitely see more of her emotions play out on screen this season. The singer-actress opened up about having to tap into her feelings and go to dark places for her character, Monet.

“In season one, she was all, ‘I’m just going to kill everybody and act like a monster,'” Blige explained. “This one [season two] shows she is not just a mother trying to protect her kids with her gun, but she is protecting her children with her brain. She does have emotions and you get to see a tiny bit of that. You just get to see her thinking more.”

When asked about having to explore those emotions, Blige categorized it as somewhat cathartic: “Well the dark places, where I have to kill someone, sometimes it’s therapeutic.” 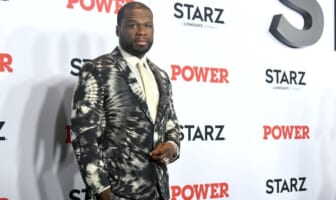 Blige further explained that playing Monet has been a gift and a great form of release from the challenging moments she’s had to go through.

“There are so many dark places in my life, where I’m left thinking I can’t believe that just happened. So I give that all to Monet,” she said.

The audience is in for a treat as we see these fan favorites dive more into their individual characters’ personal layers. When describing season two in one word Method Man chose the word “pacing,” explaining that “there isn’t much time to catch your breath.” As for the songstress Blige, she chose the word “shocking” and politely let the mic drop with that description.

Fans can watch theGrio‘s interviews with Method Man and Mary J. Blige above.