A spokesperson for Prince Charles has blasted claims in a new book that he was the royal family member who raised concerns about the skin color of Prince Harry and Meghan Markle’s son Archie.

When Harry and Meghan sat down with Oprah Winfrey earlier this year, the biracial former actress revealed that while she was pregnant with her first child, a member of the royal family voiced concerns to Harry about how dark their unborn baby boy might be. When Oprah pressed her about the comment, Meghan declined to elaborate, saying, “I think that would be very damaging to them.” 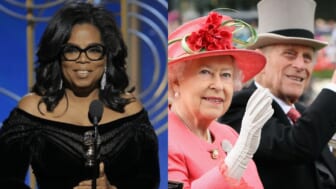 In the new book, Brothers And Wives: Inside The Private Lives of William, Kate, Harry and Meghan, author Christopher Andersen claims it was Prince Charles who questioned the baby’s skin color. However, a spokesperson for Charles said the book was “fiction and not worth further comment,” according to Reuters.

Andersen claims Prince Charles was speaking with his wife Camilla, Duchess of Cornwall, when he questioned what Harry and Meghan’s children would look like. According to the New York Post, Camilla allegedly responded, “Well, absolutely gorgeous, I’m certain.”

In his book, Andersen writes that Charles lowered his voice and replied, “I mean, what do you think their children’s complexion might be?”

Andersen does not directly state that Prince Charles is the royal family member who Meghan was specifically referring to during the Oprah interview.

There were several “concerns and conversations about how dark his skin might be when he was born,” Meghan shared during Oprah With Meghan and Harry: A CBS Primetime Special, and the visibly stunned talk show legend could barely contain her dismay, responding, “What?!”

“That was relayed to me from Harry. Those were conversations that family had with him,” Meghan added.

The hurtful statements were made around the same time that the Duke and Duchess of Sussex were informed Archie wouldn’t have security or an official title.

“That conversation, I am never going to share,” Harry said, echoing his wife’s sentiments. “At the time, it was awkward, I was a bit shocked,” Harry continued when Oprah asked who made the problematic remarks. 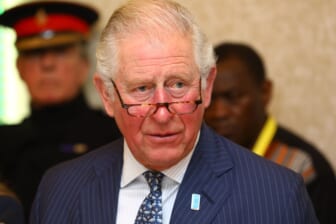 In January 2020, the Duke and Duchess of Sussex abruptly announced that they were leaving their royal duties due to the daily attacks they were receiving from the British tabloids and other issues with the family. Meghan also revealed to Oprah that she became suicidal when she was pregnant. She and Prince Harry have since moved to California.

In his new book, Andersen claims that Queen Elizabeth chose not to highlight a photo of Harry, Meghan, and Archie during a 2019 Christmas message. He said that she was going through images and said “All were fine but one,” adding, “That one, I suppose we don’t need that one.”

Brothers And Wives: Inside The Private Lives of William, Kate, Harry and Meghan will be released on Nov. 30.