Omicron has reportedly spread to about 20 countries

The new omicron variant of the coronavirus was reportedly first detected by Dutch health authorities in western Europe before cases were confirmed in South Africa.

A World Health Organization panel named the new COVID variant “omicron” and classified it as a highly transmissible virus of concern, the same category that includes the delta variant, the world’s most prevalent, theGrio reported. The panel said early evidence suggests an increased risk of reinfection. 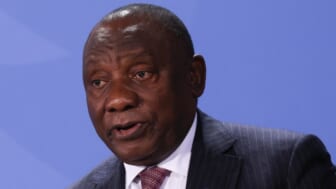 The omicron variant was first identified in samples from individuals in Europe on Nov.19 and 23, according to the RIVM health institute, as reported by CBS. Days later, reports emerged on Friday (Nov. 26) that several passengers who came from South Africa tested positive for the new variant, prompting the U.S. government to ban travel from eight African countries.

Australia, Thailand, and Sri Lanka have also banned travel from South Africa and its neighboring nations due to the omicron variant, theGRIO reported. Britain, Canada, and the European Union have also instituted travel bans on Southern Africa. However, while the variant has also been detected in Australia, Canada, Denmark, and the Netherlands, no travel bans have been enacted for those countries.

“It is not yet clear whether the people concerned [in the earlier cases] have also been to southern Africa,” the RIVM said, adding that local health services have started contact tracing.

“In the coming period, various studies will be conducted into the distribution of the omicron variant in the Netherlands,” the institute said.

Meanwhile, Cyril Ramaphosa, the president of South Africa, has called the travel bans imposed on his country “scientifically unjustified.”

Matshidiso Moeti, an official from the World Health Organization, also criticized the travel bans, which, so far, only target Africa, saying: “With the omicron variant now detected in several regions of the world, putting in place travel bans that target Africa attacks global solidarity.”

“COVID-19 constantly exploits our divisions,” Moeti added. “We will only get the better of the virus if we work together for solutions.”

South Africa reportedly has 25% of its citizens inoculated against COVID-19, according to the report.

The 27-nation European Union imposed a temporary ban on air travel from southern Africa, and stocks tumbled in Asia, Europe, and the United States. The Dow Jones Industrial Average dropped more than 1,000 points. The S&P 500 index was down 2.3%, on pace for its worst day since February. The price of oil plunged nearly 13%.

Health officials in Belgium and Germany confirmed that the variant emerged in those countries before South Africa made headlines over the new coronavirus strain. The first omicron cases were reported in Japan and France on Tuesday.

Per the report, omicron has spread to about 20 countries.

Dr. Anthony Fauci has predicted that the omicron virus will “change rapidly” as it spreads globally.

“Confirmed cases as of yesterday were 205 in 18 countries, and just this morning, that’s gone up to 226 in 20 countries — and I think you’re going to expect to see those numbers change rapidly,” Fauci said Tuesday.

Fauci said the current COVID vaccine will provide some protection against this new variant.

“Although these mutations suggest a diminution of protection and a degree of immune evasion, you still from the experience that we have with [the] Delta [strain] can make a reasonable conclusion that you would not eliminate all protection against this particular variant,” he said.

All three major vaccine manufacturers are reportedly studying the omicron variant to ultimately manufacture a vaccine or booster.

“The companies currently estimate that it would take a few months to prototype and manufacture a modified vaccine or booster,” said White House COVID-19 coordinator Jeff Zients.