Trey Songz cooperating with authorities after being accused of sexual assault

Songz was reportedly celebrating his birthday in Las Vegas. So far, no arrests have been made in the alleged incident at The Cosmopolitan.

Singer Trey Songz is reportedly cooperating with Las Vegas Metropolitan Police after being accused of sexual assault on Sunday.

According to TMZ, the alleged incident occurred at The Cosmopolitan, a luxury resort casino and hotel. It is unclear when it happened, but a report was made on Sunday. The singer had been in Vegas celebrating his 37th birthday at the popular nightclub, Drai’s.

The report says Songz — whose real name is Tremaine Neverson — and his entourage brought several women back to The Cosmopolitan from Drai’s, and the hotel is where the alleged crime took place. No arrests had been made as of early Tuesday.

Songz has been previously accused of sexual assault. An anonymous woman sued the singer in 2020 for $10 million, claiming he assaulted her in January 2018 at a Miami nightclub. She alleged assault, battery and intentional infliction of emotional distress. 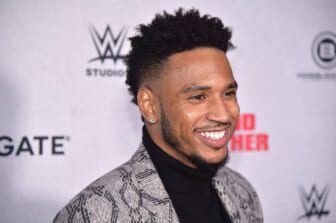 HipHopDX reported at the time that the legal paperwork read Songz “sexually assaulted and battered JANE DOE by proceeding to forcefully place his hand under her dress, without her consent, and attempting to insert his fingers into JANE DOE’S vagina without her consent or permission.”

The paperwork also notes that Jane Doe claimed she was not the only victim at the 2018 event; she says she became aware of another woman who said the singer had put his hands down her pants.

Songz, a Virginia native, is a Grammy Award-winning singer whose biggest hit, “Bottoms Up,” featured Nicki Minaj in 2008. He has sold more than 25 million records worldwide in singles and albums.

As previously reported, the singer was sued earlier this year for battery after allegedly punching a bartender in the head. 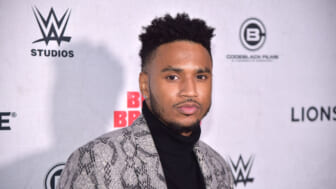 The embattled singer was watching a performance by Cardi B perched on a bar at Hollywood Palladium in May 2019, when he was told to get down, but ignored the command. According to a TMZ report, a working bartender claimed he placed his hand on Songz’s back to get his attention. The “Bottoms Up” singer allegedly turned around and hit the man in the head with a closed fist, then continued to sit on the bar and watch the show.

The bartender claims he suffered physical pain and emotional and psychological injury as a result of the alleged attack.