This Saturday, the channel kicks off free streaming for a doubleheader match-up between Howard University and Hofstra University.

As America’s historically Black colleges and universities continue to carve out their niches as powerhouses in educational and sports programs, one digital platform is making sure that their games will get the airtime they deserve.

Media mogul Byron Allen, who owns theGrio, is expanding HBCUGo.TV as a leading media provider of games from the nation’s top HBCUs.

Beginning this Saturday, Dec. 4 — which is also the 113th anniversary of the founding of the very first Black fraternity, Alpha Phi Alpha Fraternity, Inc. — the channel will kick off free streaming for a doubleheader match-up between Howard University and Hofstra University.

“We are committed to building on our already robust sports division by providing more HBCU games than any other network,” HBCUGo.TV President Curtis Symonds said in a statement Thursday. “Now HBCU fans and alumni all over the world can follow their favorite teams.” 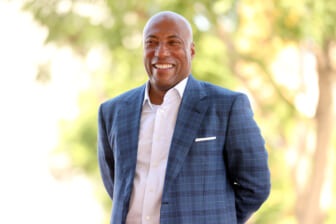 There are more than 105 Black colleges or universities in the country, with at least 25% of degree-holding African Americans graduating from one of these institutions.

HBCUs have lower endowments and contributions from their predominately-White institution counterparts, with the Black schools getting fewer than 30% of non-HBCU schools, per ACENet.edu.

“We appreciate HBCUGo.TV’s commitment to supporting and showcasing HBCU sporting events, including Howard University’s upcoming games this weekend against Hofstra and American University,” said Kery Davis, Howard’s director of intercollegiate athletics. “We are excited about the opportunity to showcase Howard’s rich legacy as well as a great night of competition.”

Box Score News shared its HBCUGo.TV game coverage through the end of 2021, noting that it is part of a partnership with Central Intercollegiate Athletic Association, the nation’s oldest historically Black athletic conference.