REVIEW: Ashe’s story is an inspiration, even if you don’t care about tennis, and Citizen Ashe is a fascinating look at his life.

If you built a Mount Rushmore featuring the athlete-activists who had a significant impact on America you would have to include Arthur Ashe. A new documentary airing on CNN called Citizen Ashe takes us through Arthur’s life journey — his tennis and his politics — to help us see who he was and how his politics developed over time.

Ashe is a figure who grew up in Virginia in the 1940s, ‘50s and ‘60s, during segregation, in the Jim Crow South, so to become a tennis player — just to have access to tennis tournaments at White country clubs — he had to be beyond reproach. He learned as a young man to be quiet in the face of racism, which seems to have led to him, as a tennis star at UCLA in the 60s, being less vocal about racism than some of his athletic peers.

Citizen Ashe explains how some people responded to that by thinking Ashe was a bit backward, believing  that his silence was hurting the cause, and they questioned where his heart really lay. But as Ashe grew and became a tennis champion and explored the world, he became more and more outspoken about political issues. 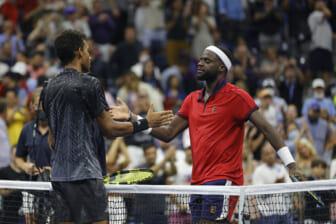 Also Read:
There were no losers in rare US Open Black men’s matchup

It’s telling, however, that his central political cause was combatting apartheid in South Africa rather than any specific domestic issue. That was a way of speaking to his global worldview and his diaspora consciousness, as well as not ruffling too many feathers in America. But Ashe, to his credit, was early to the fight against South Africa — because professional tennis took him around the world he knew more about what was going on there before many Americans.

Ashe was also unwittingly thrust into one of the other major political issues of the ‘80s when a reporter threatened to out him for having AIDS. He had acquired the virus from a blood transfusion during surgery at a time when AIDS was thought to be a death sentence and a shameful disease to contract. The idea that a journalist would tell Ashe that he was going to disclose his personal medical information against his will should tell you how emotionally charged the issue of this virus was then.

In the early ‘70s, he began applying for visas to go to South Africa to push back against apartheid. He was repeatedly denied until the ‘80s when he was allowed to go and play a tournament. The vision of a dignified and powerful Ashe playing there had a massive impact on South Africans.

Ashe came out and told America that he had the virus at a time when many people were afraid to say that publicly. He marched on behalf of people with AIDS and did a lot to help shift the dignity that had long been ascribed to him onto people with the disease. There was no reason, he seemed to say, that people with AIDS shouldn’t be respected. They should not be ashamed. They have the right to dignity.

Ashe accomplished so much by just moving through the world with grace and dignity and poise, which helped prove to the world that Black Americans, and South African Blacks, and people with AIDS also deserved the same dignity. 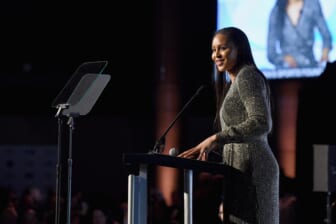 Ashe was an extraordinary American who used his life to help make a difference. He grew up fighting segregation subtly and ended up battling apartheid brashly. His story is an inspiration, even if you don’t care about tennis, and Citizen Ashe is a fascinating look at his life.