The former WNBA superstar went on hiatus two years ago to redirect her efforts into fighting for criminal justice reform.

In 2019, Maya Moore surprised her fans when she chose to put her WNBA career on hold to advocate for prison reform. Now, it’s been announced that the civically engaged athlete will be recognized at the 2021 ESPY Awards.

According to reports, Good Morning America‘s Robin Roberts will be presenting Moore with the prestigious Arthur Ashe Courage Award during the July 10 ceremony, which will also coincide with what would have been Ashe’s 78th birthday.

Moore, who has won four WNBA championships, two Olympic gold medals, a WNBA MVP award, and three All-Star MVPs among other accolades, put her basketball career on hiatus two years ago to redirect her efforts into fighting for criminal justice reform. 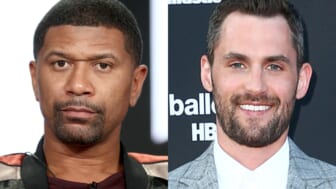 This decision was sparked by the case of Jonathan Irons, a Black man who was later confirmed had been wrongly convicted of burglary and assault.

Moore initially met Irons met in 2007 through the prison ministry program, and although he’d been sentenced to 50 years in prison, she believed she could help shine a light on his case and get him released.

As a result, she started the Win with Justice campaign, which describes itself as “an innovative social action campaign to educate the public on the critical role prosecutors play in the criminal justice system and to free Jonathan Irons, a man who has been unjustly incarcerated for over 20 years.”

“The local prosecutor plays a huge role in contributing to mass incarceration,” the organization’s official website explains. “Educating local constituents about the power of the prosecutor and their impact on the community can lead to substantial changes in the overall justice system.”

Moore’s efforts were a success, and in March 2020, she helped Irons get exonerated. In July of the same year, he was released from prison after serving two decades behind bars.

Just a few hours after he was freed, Irons proposed to Moore, and In September 2020, the couple made headlines when they announced their union. Now, the duo works together to help others who find themselves the victims of a prison system that disproportionately targets the Black community. 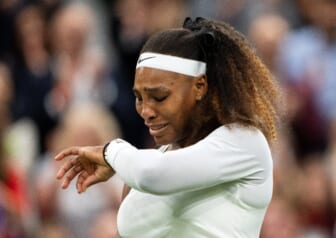 “I’m so honored to be able to continue to share this powerful story with the world by receiving the Arthur Ashe Courage Award,” Moore said in a recent statement. “In the face of injustice, the courage to care about justice, human dignity and freedom is now able to be celebrated in this momentous way and I’m so happy for Jonathan and all who helped contribute to this victory!”

Roberts presenting her with the honor is extra special given that the veteran television anchor executive produced the upcoming 30 for 30 documentary, Breakaway, which tells the story of how Moore was inspired to take a step back from professional sports in order to make criminal justice reform her new life’s purpose.