Josephine and Billie’s is a new cannabis retail space located near the heart of Black Los Angeles, founded by Whitney Beatty and Ebony Andersen. The space is curated specifically for and by Black women, to explore the benefits of CBD and plant medicine. They also prioritize shelf space to women-led and POC cannabis brands.

“The retail space itself is a teapad  — the Black version of the speakeasy where Black people would consume cannabis and socialize in the ‘20’s and ‘30’s, complete with a false storefront entrance,” said Beatty, who serves as chief executive officer.

The aesthetic of Josephine and Billie’s is reminiscent of the Harlem Renaissance and the jazz scene, with their namesake paying homage to Josephine Baker and Billie Holliday. 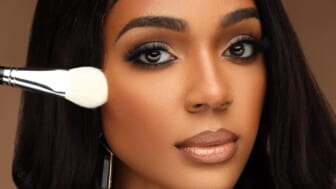 Also Read:
Joslyn ‘Joss The Boss’ Spurlock is a beauty guru with an empire in the making

“They were persecuted for their cannabis use, yet used their art to fight against injustice, rejected the mainstream and wrote their own rules,” said Beatty.

“All while holding the door open for others that would come after. That, for us, is the ultimate goal.”

Earlier this year The Parent Company selected Josephine and Billie’s as their first social equity venture fund investment. The Parent Company is committed to making sure the cannabis marketplace is accessible to Black-women led businesses, by providing mentorship, as well as funding.

Shawn “Jay-Z” Carter currently serves as chief vision officer of The Parent Company, where he helps develop brand partnerships in collaboration with his company, Roc Nation.

“We wanted to bring the dispensary to where our audience is and be a safe space in the community to learn about the benefits of cannabis,” said Andersen, who serves as Josephine and Billie’s chief operating officer.

Andersen is the founder and CEO of ejma Planning + Development, Inc., a boutique planning firm specializing in commercial and industrial project management.

“Our licensed retail & delivery location is located on Martin Luther King Blvd in the heart of South Los Angeles — a mile from USC, the new soccer stadium and Leimert Park,” Andersen detailed.

As someone with a career in the entertainment industry spanning 15 years, Beatty says she never imagined herself working in the world of cannabis.

When she was diagnosed with anxiety, Beatty soon found she preferred a CBD regime, versus the medications prescribed by her doctor.

“I went from sitting at my desk with shortness of breath and heart palpitations– to racing myself to the emergency room pretty sure that I was going to die,” Beatty detailed. “They told me I wasn’t dying of a heart attack. I was having an anxiety attack.”

Research shows that women are twice as anxious as men to suffer from anxiety. Studies also show that chronic anxiety tends to be more intense for Black women, compared to white women.

“We have curated a space where women feel safe to explore cannabis products and learn about herbal wellness,” said Andersen. “We’ve designed Josephine & Billie’s to be a brand centered around the needs of women.” 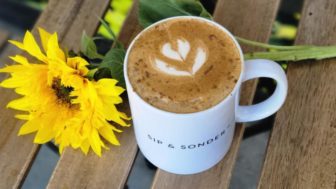 Also Read:
Black-owned Sip & Sonder has the tea for The Culture

As cannabis continues to be decriminalized and becomes a profitable industry, it is important to Beatty and Andersen that communities impacted by the war on drugs have prioritized and equitable access.

“All men in cannabis need to re-evaluate how they see women in this space. We often handle significant divisions of these businesses but rarely get our deserved credit,” said Beatty. “For change to occur in the industry, we have to be open and honest about the existing conditions and prioritize making a cultural shift.”