Family of Jacqueline Avant releases statement on her death

Expressing gratitude for support, the family has "arranged the Jacqueline Avant Memorial Fund for the new MLK Children’s Center in Watts," per her wishes.

Alexander Avant shared the post, which featured a picture of his mother along with words expressing gratitude. “The entire Avant and Sarandos families wish to thank you for the heartfelt condolences over the loss of our beloved Jacquie. We feel incredibly blessed to have received the support, kindness and prayers over the last week.”

“As many have inquired, we have arranged the Jacqueline Avant Memorial Fund for the new MLK Children’s Center in Watts, as per Jacquie’s wishes,” they said. “More information and a donation section can be found on the MLK Health and Wellness Development Corporation website: mlk-cdc.org.”

“The outpouring of love and support from around the globe has been felt and appreciated by all of us. We ask that you please allow us some time and space to grieve as a family and continue to keep us in your thoughts and prayers. We thank you in advance for respecting our privacy during this difficult time.”

“Plans for Jacquie’s memorial celebration shall be forthcoming after the holidays,” the note concludes. “We appreciate your continued well wishes and prayers and wish all of you a very blessed holiday season.”

Alexander Avant is an actor and producer, and his sister, Nicole Avant, is a television producer and the former U.S. ambassador to the Bahamas. She is married to Netflix CEO Ted Sarandos.

Jacqueline Avant served on the charity board of the National Organization for Women’s entertainment division, the UCLA International Student Center, and was president of Neighbors of Watts, a support group focused on child care in South Los Angeles.

The MLK Health and Wellness Community Development Corporation is where the family has requested gifts that will help the continued growth of the Martin Luther King, Jr. Community Hospital and the MLK Behavioral Health Center in the Watts/Willowbrook community. It aspires to be a national model for community-based comprehensive programs that address the interrelated and complex needs of those struggling with access to care and assistance for mental illness, substance abuse and homelessness. 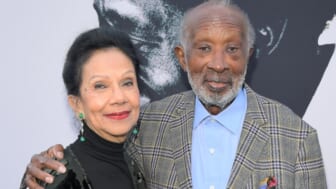 In a statement, the organization said: “We are deeply saddened by the passing of Jacqueline Avant, a stalwart supporter of children and the Watts-Willowbrook community. In lieu of flowers, the family wishes to have donations made in her honor to the Jacqueline Avant Memorial Fund for the new MLK Children’s Center.”

Jacqueline Avant, 81, was shot and killed Dec. 1 during an early morning robbery at her Trousdale Estates home, near Beverly Hills, Calif. Her accused killer, parolee Aariel Maynor, 29, has been charged with her murder and the attempted murder of a security guard in the Avants’ residence.