Consider one of these books about Black children — written by Black authors — as holiday gifts for the young folks in your village.

Whether Christmas, Kwanzaa, Hanukkah (yes, Black folks are Jewish, too), or other celebrations fill your home this season, holiday time is a great opportunity to refresh little readers’ book lists. Consider one of these books about Black children — written by Black authors — as holiday gifts for the young folks in your village.

Young Readers of All Ages

Written by Matthew A. Cherry | Illustrated by Vashti Harrison

This New York Times bestseller (and Oscar-winning short film) tells the story of Zuri and her hair that has a mind of its own. Daddy steps in to style it for an extra special occasion, but he has a lot to learn. But he loves his Zuri, and he’ll do anything to make her— and her hair — happy.

The barbershop is where the magic happens. Boys go in as lumps of clay and, with princely robes draped around their shoulders, a dab of cool shaving cream on their foreheads, and a slow, steady cut, they become royalty. That crisp yet subtle line makes boys sharper, more visible, more aware of every great thing that could happen to them when they look good: lesser grades turn into As; girls take notice; even a mother’s hug gets a little tighter. Everyone notices. A fresh cut makes boys fly.

A poetic ode to the beautiful light of Black boys through the eyes of a young boy who joyfully celebrates his dark skin with a bright moon at the end of a perfect.

Written by Michael A. Woodward, Jr.

A father and son’s bond is like no other. Shaped by high-fives, secret crushes, foot-races, and shiny gold jewelry, it’s no surprise this bond is everlasting! An honorable mention goes to Woodward’s Inspire(d) Collection that features stories of love, striving for academic excellence, and even “The Talk” between Black fathers and sons.

Join Baby and his doting mama at a bustling southwest Nigerian marketplace for a bright, bouncy read-aloud that offers a gentle introduction to numbers.

Rocket is a hilarious, science-mad chatterbox—and she’s going to be the greatest astronaut, star-catcher, space-traveller who’s ever lived! But… Can she convince her big brother to stop looking down at his phone and start LOOKING UP at the stars?

Full of happy illustrations and self-esteem boosts to stimulate the joyous imaginations of Black and Brown boys, this book is filled with all the things little boys love.

New York Times bestselling author and CNN commentator Bakari Sellers releases his first children’s book as a tribute to the family and community that help make us who we are. The vibrantly illustrated picture book takes readers on a journey from cotton fields to sit-ins to the present day through the eyes of a young father and his children.

Told through the eyes of the neurotypical big sister of Charlie, a boy who has autism. His brain works in a special way and it’s harder for him to make friends (or to stay safe). But as his big sister tells us, there are plenty more things that he’s good at. He knows the names of all the American presidents and all about airplanes. He can even play the piano better than anyone he knows.

Presidential inaugural poet and activist Amanda Gorman tells readers that anything is possible when our voices join together. As a young girl leads a cast of characters on a musical journey, they learn that they have the power to make changes —big or small—in the world, in their communities, and most importantly, in themselves. 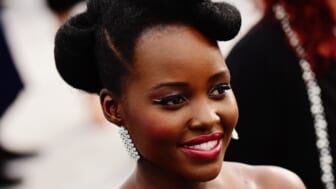 Grandpa Cacao: A Tale of Chocolate, from Farm to Family (Bloomsbury Children’s Books, 2019)

Written and Illustrated by Elizabeth Zunon

As a little girl and her father bake her birthday cake together, Daddy tells the story of her Grandpa Cacao, a farmer from the Ivory Coast in West Africa. In a land where elephants roam and the air is hot and damp, Grandpa Cacao worked in his village to harvest cacao, the most important ingredient in chocolate.

Written and Illustrated by Oge Mora

Everyone in the neighborhood dreams of a taste of Omu’s delicious stew! One by one, they follow their noses toward the scrumptious scent. And one by one, Omu offers a portion of her meal. Soon the pot is empty. Has she been so generous that she has nothing left for herself?

Young readers will discover the special glow in everything—from nature to the smiles of loved ones—through this thoughtful and celebratory book. Each page reveals a different sparkle found in a child’s simple but extraordinary world. The light revealed on the final page makes a fitting finale for this sweet, bright tale.

Originally performed for ESPN’s The Undefeated, this poem is a love letter to Black life in the United States. It highlights the unspeakable trauma of slavery, the faith and fire of the Civil Rights Movement, and the grit, passion, and perseverance of some of the world’s greatest heroes.

Written and Illustrated by Vashti Harrison

Readers will learn about heroes, role models, and everyday women who did extraordinary things—bold women whose actions and beliefs contributed to making the world better for generations of girls and women to come. The leaders in this book may be little, but they all did something big and amazing, inspiring generations to come.

Giant Afro, even Bigger Brain. Jaden Toussaint, 5-year-old scientist and all around cool dude, is on a mission to convince the grown-ups that he needs more SCREEN TIME. His only weapons are science, ninja dancing, and his super-powered brain power. Can Jaden Toussaint get the grown-ups to change their minds? Dumas gets another nod for The Little Human, which features an ambitious 9-year-old Black mermaid (who doesn’t love mermaids!?).

It’s tough being the new kid at Carver Elementary. Gavin had lots of friends at his old school, but the kids here don’t even know that he’s pretty good at skateboarding, or how awesome he is at soccer. To make matters worse, Gavin seems to have attracted the attention of the school bully. Will he be able to avoid getting pounded at the skatepark?

Written and Illustrated by Vashti Harrison with Kwesi Johnson

You’re thirteen. All you want is a normal life. But most normal kids don’t need heart transplants. So, there’s this doctor. He says there’s a chance for you. But he also says it’s experimental, controversial, and risky. And it’s never been done before.

School’s out for the summer! And Layla’s going to spend it getting her inventions ready for the grand design competition. But when her grandmother falls ill and her family must rush to Sudan to be with her, Layla feels like she’s being pulled in many different directions. Family, friends, home, inventions —there’s a lot to navigate. With big protests looming in Sudan, could Layla save the day with her revolutionary ideas? Exploring the diaspora experience, Listen, Layla is an own voices novel for young readers bursting with passion, humour and truth.

Told in vivid and emotional poetry, this is the story of a childhood spent between New York and South Carolina, and of never truly feeling at home in either place. Of growing up as an African-American girl in the 1960s and 1970s, in the wake of the Civil Rights Movement.

Michelle Robinson started life sharing a bedroom with her older brother, Craig, in their family’s upstairs apartment in her great-aunt’s house. Her parents, Fraser and Marian, poured their love and energy into their children. She would go on to become Michelle Obama, the inspirational First Lady of the United States of America. Now adapted for younger readers, with new photographs and a new introduction from Michelle Obama herself, this memoir tells a very personal, and completely inspiring, story of how, through hard work and determination, the girl from the South Side of Chicago built an extraordinary life.