The rapper sat down with Charlamagne Tha God a little over a month after the tragic music festival.

In his first interview since the tragic Astroworld music festival, Travis Scott denied knowing that people were being injured and killed until after his performance.

Scott has been in the headlines since the festival, which resulted in 10 dead and multiple injuries. Since the tragedy, many have placed much of the blame on Scott, who is the face of the music festival. The rapper has since remained relatively silent.

Scott sat down with Charlamagne Tha God in a conversation that posted to YouTube Thursday morning. 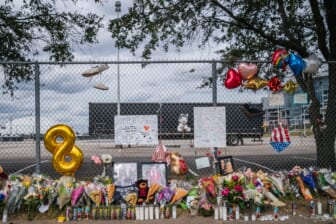 When asked about his goal of submitting for the interview, Scott responded, “I don’t personally have an intention, I just feel like something happened and I feel like it’s just…I need a way to communicate, ya know?”

After acknowledging that his fans are grieving and remain traumatized by the incident, he shared that he is simply trying to figure things out.

“It really hurts the community, it hurts the city. It’s just been a lot of thoughts, a lot of feelings, a lot of grieving, and just trying to wrap my head around it.”

When Charlamagne asked Scott when he realized people had been hurt, Scott said, “It wasn’t really until minutes until the press conference [after the show] that I figured out what happened. Even after the show, you’re just kind of hearing things, but I didn’t know the exact details…and even at that moment you’re like, ‘Wait, what?’ You just went through something.”

Scott clarified that he did not hear the fans screaming at him to halt the show, as many reports confirmed.

“It’s so crazy because I’m that artist, too — anytime you can hear something like that, you want to stop the show, you want to make sure fans get the proper attention they need…anytime I could see anything like that, I did,” Scott said. “I stopped it a couple times to just make sure everybody was OK. And I really just go off the fans’ energy as a collective — call and response. I just didn’t hear that.” 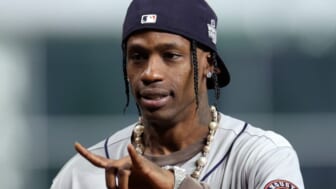 Scott addressed the degree of blame he’s receiving as the face of Astroworld.

Scott has offered to cover the funeral costs for the victims’ families, though many have rejected his offer.

“All things are understandable. At a time where they’re grieving and trying to find understanding and they want answers,” Scott said. “It’s not about that…I’m always gonna be here to want to help them. I got to continue to show up for that.”

As of Wednesday, Scott had filed to dismiss multiple Astroworld lawsuits in which he’s been named.