Jackson was carted to the locker room in the second quarter

Jackson was carted to the locker room in the second quarter. He had limped off moments earlier after Browns rookie linebacker Jeremiah Owusu-Koramoah hit him low while throwing a pass.

Jackson walked off under his own power before being examined in the sideline medical tent. When he emerged, Jackson wasn’t able to put any weight on his leg while getting into the front seat of the cart. 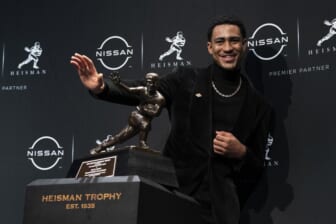 The Ravens initially said his return was questionable before downgrading him to out at halftime.

Tyler Huntley replaced Jackson, who missed a Nov. 21 game against the Chicago Bears. Huntley made his first career start and went 26 of 36 for 219 yards and an interception in Baltimore’s 16-13 win.

Jackson has struggled of late, throwing six interceptions in his past three games. The loss of the 2019 NFL MVP for any length of time could be damaging to the Ravens, who came in with a one-game lead over Cincinnati in the AFC North. 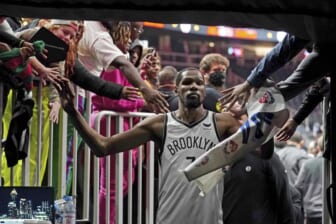 Also Read:
Durant fined after swearing at Hawks fan who heckled him

Baltimore has been ravaged by injuries all season. The team has 17 players on injured reserve and lost top cornerback Marlon Humphrey earlier this week for the rest of the year with a pectoral tear.

Jackson went 4 of 4 for 17 yards and had two carries for 5 yards rushing before getting hurt.