Unnamed juror told The Chicago Sun-Times that in the end, the jury of six women and six men "all thought we were doing Jussie a favor.”

A juror in the trial of The State of Illinois vs. Jussie Smollett is speaking out after the actor was found guilty of five felony counts of disorderly conduct.

The juror, who has only been identified as female, told The Chicago Sun-Times that in the end, the jury of six women and six men “all thought we were doing Jussie a favor.”

The jury found Smollett guilty Thursday of five counts of disorderly conduct but struggled with the sixth, according to the juror. The sixth count was of making a false police report that he was the victim of aggravated battery.

“We were told it was an aggravated battery because he said they were wearing a mask,” added the juror, who asked not to be named. But “in all [of Smollett’s] accounts of what happened, he mentioned a mask.”

She contended that if all of the counts were the same, “I think we probably would have found him guilty” on all six.

The jury took nearly 10 hours to deliberate after the week-long trial, which was filled with bombshell testimony, including from Smollett that he and Abimbola Osundario did cocaine and masturbated together at a Chicago bathhouse. Osundario and his brother, Olabinjo Osundairo, known as Ola, were both acquainted with the actor and testified that he paid them to stage an attack against him.

The juror noted that there were some holdouts when deliberations began, though they did not doubt Smollett’s guilt, only wanting to spend more time reviewing the evidence.

“I just hope that [Smollett and his attorneys] know that we went in there with an open mind,” she said. “I listened to both sides. We wanted to make sure that those who had doubts didn’t feel pressured.” 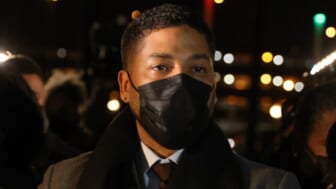 They noted that the prosecution had the support of police testimony, while the defense mostly had character witnesses. The juror maintained that Smollett’s attorney, Nenye Uche, seemed to be “just shooting from the hip.”

“It wasn’t an easy decision,” she said. “You’ve got the mother sitting there. You feel bad. We didn’t know what the penalty would be. Are we sending this guy to jail?”

Smollett is likely to be sentenced to probation, given his lack of criminal history. 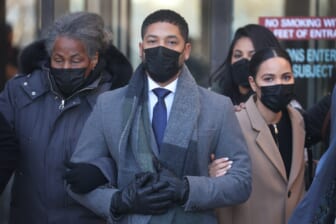 Also Read:
After Jussie Smollett verdict, we should be able to hold our own accountable without being accused of anti-Blackness

In her post, Lawson wrote, “The article goes on to say both were wrong but Jussie faces possible prison time and Amy Cooper The woman who called the police and lied about the black man that was Bird watching in Central Park was trying to attack her. Leading to the arrest of the man where in the history of black men In Custody could have led to his death!!”

“Amy Cooper got off with public service,” she notes. “We will see the outcome of this for this Black man. Will he get the same compassion as Amy Cooper? I am not condoning what Mr Smollet was found guilty of. I am just asking will he get the same compassion and understanding of knowingly lying to police. Kyle Rittenhouse walked free after killing two people because the jury had compassion?”