In his highly-anticipated appearance on "Drink Champs," rapper Big Sean addresses comments made there last month by Ye.

In a highly-anticipated appearance on the Drink Champs podcast on Thursday, rapper Big Sean addressed comments from his former boss, Kanye West, who appeared on the program last month.

The Detroit native responded to comments the fellow MC-producer-designer made about signing him to GOOD Music, West’s label. West called signing Sean “the worst thing,” he’s ever done, per Hypebeast.

“I love Kanye, bro. I love him for the opportunity he gave me and for all these things,” Big Sean says in the show teaser, “but, um, I thought what he said was some b***h-a** sh*t.” Sean can then be seen throwing away the headstone prop West was parading around with during his Drink Champs interview, “So, f**k this shit. F**k you talking about?” 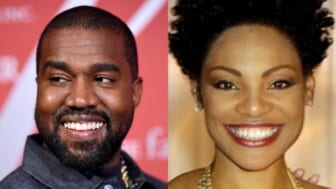 His criticism of Big Sean was largely focused on the rapper not supporting his 2020 presidential election bid.

In West’s Drink Champs conversation in early November, he said his tombstone will read, “I deserve to be here because I signed Big Sean.” He added, “I know this man’s momma, bro. I changed this man’s family and both John Legend and Big Sean, when I ran for office, got used quick by the Democrats to come at they boy that actually changed they life.”

He continued, “And that’s some sellout shit. And I don’t rock with neither of them and I need my apology. I ain’t saying they ain’t gon’ change, but n****s is scared.”

Born Sean Anderson, Big Sean is a rapper, actor and philanthropist. In conjunction with Adidas Originals, he built a 784-square foot recording school inside his famed former high school, Cass Technical High School, a school of choice for gifted students in Detroit. When it opened in 2015, the space was reportedly called “the Sean Anderson studio of infinite possibilities.”

He signed to West’s GOOD Music in 2007, Def Jam Recordings in 2008, then Roc Nation in 2014. He has been nominated for six Grammy awards but has yet to take the golden statuette home. 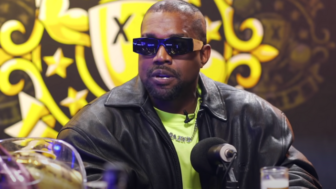 As previously reported, in several tweets immediately following West’s podcast appearance, Big Sean wrote, “Was just wit this man, he ain’t say none of that!!! And this was after the interview! I’m dying laughing at you @kanyewest.”

“The dems? No I didn’t. I didn’t get used by anybody or endorse anyone publicly at all,” he added, “Cause I’m not political. That’s what’s hilarious, none of it’s true n he doesn’t even know what he talking about. I’m rollin.”

Big Sean recently released a new EP, What You Expect, produced by Hit-Boy. The new project is his first on his own record label, FF to Def Entertainment.