Reading Rainbow legend LeVar Burton is on deck to host the 94th Scripps National Spelling Bee. The 21-time Emmy-winning actor will host the television portion of the two-day event in June, according to a press release.

The broadcast will start with the semifinals on June 1 and end with the finals the following day.

“Hosting the Scripps National Spelling Bee will be an honor,” Burton said in a statement. “Like a lot of folks, I look forward to the competition every year and am excited to be a part of this wonderful tradition that celebrates excellence.”

Schools have until January 31 to enroll in the spelling bee. Regional spelling bees will take place between February 1 and March 31.

Beginning in 1925, the Scripps Spelling Bee is the longest-running educational competition in America. Administered by The E.W. Scripps Company, the nation’s fourth-largest local TV broadcaster, the spelling bee has been a way to help young people increase their vocabulary. 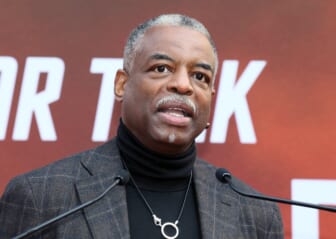 On top of career-defining roles as Kunta Kinte in Roots and Lt. Commander Geordi La Forge in Star Trek: The Next Generation, Burton was the long-time host of PBS’ Reading Rainbow and has remained an advocate for children’s education. Dr. J. Michael Durnil, executive director of the Scripps National Spelling Bee, believes that Burton and the Bee are a perfect fit.

“The selection of Mr. Burton as host aligns with the mission of the Scripps National Spelling Bee,” Durnil said in a statement. “To have such a prominent advocate for children’s literacy involved in this special and unique competition is a perfect match. We have the same goals: to educate tomorrow’s leaders and build reading competency in all young people.”

Hosting opportunities for Burton have opened up since his stint as a guest host for Jeopardy. Fans petitioned for Burton to be selected as the permanent host following the death of Alex Trebek last year. While he was ultimately not chosen, last month it was announced that he would serve as host of the Trivial Pursuit game show that’s being developed by Hasbro and Entertainment One (eOne).

“Trivial Pursuit is one of the best-known brands in the gaming universe. I am thrilled to have partnered with Hasbro and eOne to bring this beloved game to market as a premium show for television,” Burton said. He will also serve as executive producer of the game show. 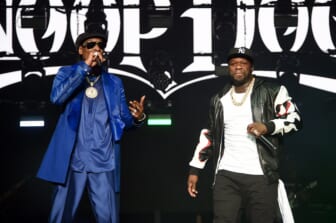 “LeVar Burton has been an iconic member of American pop culture for decades, from Roots to Reading Rainbow to Star Trek and beyond,” said Tara Long, president of global unscripted television at eOne. “His love for intellectual curiosity paired with his ability to connect with audiences worldwide make him the perfect partner to bring Hasbro’s beloved trivia game to households in a new and exciting way.”

In the meantime, Burton continues to host his popular podcast, LeVar Reads, and on January 1 will serve as grand marshal of the Rose Bowl Parade, titled “Dream. Believe. Achieve.”