OPINION: This time of year can be emotionally exhausting. But getting professional help is an important step in dealing with depression, especially for those struggling with the multigenerational trauma of being Black in America.

The holidays may be a festive time for many people, but for some it’s a time of depression. Many things can trigger it—the weather getting cold, the days feeling short, the paucity of sunlight, the dread of another year ending, the stress of being with family in December or the loneliness of being without family.

If this time of year is tough for you, I see you. I feel you. It’s tough for many of us. It’s tough for me, too. December and January can be emotionally exhausting for so many reasons—where December is usually filled with emotion and social engagements, January is much more quiet, a time to catch your breath but also, perhaps, a bit of a letdown. Some years I find myself feeling a little rundown, a little slow, a little sad around this time. Many years ago, around this time, I thought a lot about committing suicide. 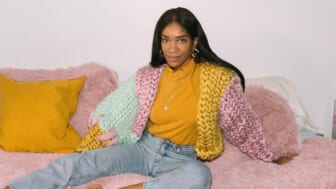 This was a time when I had felt severely depressed for a while. It felt like the walls were closing in on me. Life had no meaning. What was the point? It was an emotional struggle to get through each day. If you knew me you probably wouldn’t have known anything was going on; you wouldn’t have noticed anything was different, but inside I was lost.

I have felt depressed during December several times in my life but I know that when I spiraled lower than normal I began to calmly, methodically think of ways to end it. What could I do to escape the seemingly endless pain and the meaninglessness of it all? I thought about the various liquids that live under the kitchen sink, the cleaning fluids that say “do not drink this.” That would do the trick. But I thought about my wife, the mother of my children, having one million things to do before the kids get to college and I could not bear to leave her without anyone to help her through all of that. No matter how badly I felt, I could not quit life and abandon her.

So even though it was hard, I soldiered on one more day. And then one more. Eventually, the clouds in my life seemed to part and I felt a little better. It was a gradual recovery but after a while I was not struggling to get through each day; I was not thinking about suicide—I was not yet at peace, but I could feel the emotional pendulum was swinging in the right direction.

When you are feeling really low, you may feel like things will never get better. You may think there is no way out. One critical part of moving toward recovery is finding a way to tell yourself that things will get better. You may not know how, you may not know when, but you must have faith that they will. And you should try to think of depression not as a detour from life or something that you must escape but as a part of the journey of your life. A necessary part that can help you later on.

I am not suicidal today. I have moments of depression, but I know I am looking forward to tomorrow. There’s a time when I would not have believed I would ever feel like this. I have some occasional intrusive thoughts that I want to exorcise but, for the most part, I am at peace. But it’s because I went through that nadir that I am the person I am today.

I now think that my recovery was slowed by two thoughts—men aren’t supposed to worry about their feelings and Black people don’t go to therapy. Deep down I said, that’s some white shit. I felt like I had nowhere to turn. I struggled with talking to my wife to express my sadness because I didn’t want to scare her, and I felt like I was supposed to be the strong one who was an anchor for her.

I didn’t think I could turn to my male friends to express my sadness because talking about difficult emotions is not what I ever did with male friends. Would they even know how to respond? My interactions with my male friends aren’t about talking through our feelings. And I was ashamed to turn to my female friends because I didn’t want them to know how I felt. I thought being a man meant soldiering through and being tough in the face of anything. If you get physically hurt you walk it off. If you get mentally hurt you just play through the pain, right? 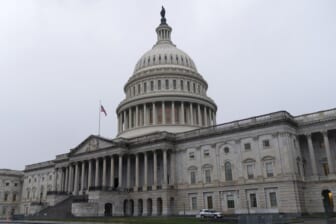 But sometimes it’s too much to soldier through. Sometimes you’ve gotta talk to someone. I want you to know that you have a right to feel sad or depressed. It’s natural. It’s not “some white shit.” Black people get depressed. Some Black people kill themselves. Some Black people figure out how to cope and heal. Talking through your feelings matters. Professional therapists can help you.

Since my low, I have noticed more and more Black celebrities talking openly about being in therapy and helping to normalize the practice. If your body was sick or injured you would go to a doctor. If your mind or your spirit needs some help, if your mental health is off and you’re plagued by thoughts you don’t want, then you should consider talking to a therapist. It’s not just for white people and it’s not just for rich people—it’s for everyone who wants to feel good in their skin. Everyone deserves to feel at home in their own mind, especially people who are dealing with the multigenerational trauma of being Black in America. If you feel depressed or suicidal, it’s OK. Talk to someone. Life can get better.

If you or anyone you know is at risk, please call the National Suicide Prevention Hotline: 1-800-273-8255. Suicide warning signs are listed here.