Raiders vs. Browns, Seahawks vs. Rams, and Washington vs. Philadelphia will happen on Monday and Tuesday

The NFL has moved three games because of COVID-19 outbreaks: Las Vegas at Cleveland from Saturday to Monday; and Seattle at the Los Angeles Rams and Washington at Philadelphia from Sunday to Tuesday. 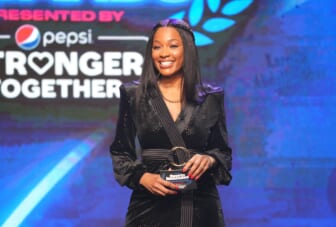 Also Read:
Black athletes and celebs weigh in on representation at the Sports Illustrated Awards

The Browns could have been without as many as 16 regulars on Saturday, so the game is now scheduled to kick off at 5 p.m. EST Monday. It will be televised by NFL Network.

Washington and Philadelphia will play at 7 p.m. on Tuesday, as will the Seahawks and Rams. Both games will be televised by Fox and available on Sunday Ticket.

“We have made these schedule changes based on medical advice and after discussion with the NFLPA as we are seeing a new, highly transmissible form of the virus this week resulting in a substantial increase in cases across the league,” the NFL said in a statement. “We continue to make decisions in consultation with medical experts to ensure the health and safety of the NFL community.”

Previously, the NFL did not plan to move any games because of coronavirus outbreaks. It even said forfeits “could be in play.” But recent developments with the omicron strain of COVID-19 has changed the league’s thinking — as did several outbreaks across the league entering Week 15 of the season.

“We will make every effort, consistent with the underlying health and safety principles, to play our full schedule within the current 18 weeks,” Commissioner Roger Goodell said in a memo sent to the 32 clubs and obtained by the AP.

“Each team is obligated to have its team ready to play at the scheduled time and place. There is no right to postpone a game, and games will not be postponed or rescheduled because of roster issues affecting a particular position group or particular number of players.

“If games are postponed, we will make every effort to minimize the competitive and economic burden on the participating teams.”

The moves were not looked at kindly by some players.

“I pay my player dues just to get lied to and the rules bent!” Raiders linebacker K.J. Wright tweeted at the league and the players’ union. “If it was the other way around I swear we would be playing tomorrow.”

Eagles safety Rodney McLeod tweeted: “So we have to suffer, and compromise our schedule because of another teams mistake. Make it make sense!”

Last season, in the midst of the coronavirus, the NFL completed its season on schedule, but had to reschedule 15 games, some to midweek. In July, Goodell warned teams that no games would be rescheduled under such circumstances and, instead, forfeits could happen.

Payton, who is vaccinated and tested positive in 2020 for the coronavirus, will remain isolated for 10 days unless he meets the league requirements for a fully vaccinated individual to return to the team environment.

The Saints said defensive coordinator Dennis Allen has been assigned head coaching duties for Sunday night’s game at Tampa Bay. Payton is expected to return for New Orleans’ game against the Miami Dolphins on Dec. 27.

The positive test for Payton comes after he missed practice Wednesday when the club said he was “under the weather” but had tested negative. Payton was back at practice and meetings on Thursday.

Three Saints players — defensive end Cameron Jordan, running back Mark Ingram and receiver Ty Montgomery — did not play against the New York Jets on Sunday because of positive COVID-19 tests. But all have been activated from New Orleans’ reserve/COVID-19 list.

The Saints (6-7) snapped a five-game skid when they beat the Jets 30-9 and remain in contention for one of the NFC’s wild-card playoff spots with four regular-season games remaining.

In Week 2 of this season, the Saints were without numerous assistant coaches because of a virus outbreak, but Payton was not among those which tested positive. Payton was among the first NFL employees known to have contracted COVID-19 in the spring of 2020.

—Washington put Taylor Heinicke on the COVID-19 list, making the team’s quarterback plan for the upcoming game at Philadelphia a complete uncertainty.

Based on updated league rules, Heinicke could still play if he tests negative twice this weekend and remains asymptomatic. Backup Kyle Allen entered coronavirus protocol on Tuesday and also remains a possibility if he is cleared.

Practice squad QB Kyle Shurmur would be in line to start if neither Heinicke nor Allen is available. He played at Vanderbilt and is the son of Denver Broncos offensive coordinator Pat Shurmur.

Washington also signed Garrett Gilbert off New England’s practice squad on Friday. Gilbert has one NFL start with Dallas but is familiar with coach Ron Rivera and offensive coordinator Scott Turner from their time together in 2018 with the Carolina Panthers.

With the addition of Heinicke and the removal of center Keith Ismael from the COVID-19 list, Washington has 21 players unavailable for virus-related reasons, including two players on injured reserve and two on the practice squad.

The defense and special teams units have been decimated, with defensive tackles Jonathan Allen and Matt Ioannidis, pass rushers Montez Sweat and James-Smith Williams and safety Kamren Curl out. But the delay until Tuesday gives Washington a better chance of getting Allen, Sweat and others back.

Washington (6-7) is currently in the final NFC wild-card spot going into Week 15 at the Eagles, who are also 6-7 and coming off their bye week.

—With Baker Mayfield and Case Keenum on COVID-19 reserve, the Cleveland Browns are signing quarterback Kyle Lauletta, who spent training camp with the team. Lauletta’s agent announced the move on Twitter.

Third-string quarterback Nick Mullens is slated to start. He made 16 starts over three seasons for the San Francisco 49ers.

Defensive end Jadeveon Clowney joined the team’s massive COVID-19 list after a positive test, a person familiar with the situation told The Associated Press. Clowney tested positive along with linebackers Mack Wilson Sr. and Tony Fields, according to the person who spoke on condition of anonymity because the team had not announced the results of testing. 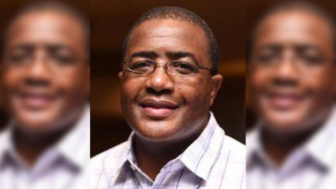 —The Panthers have added third-string QB Matt Barkley to the COVID-19 list. The team sequestered backup P.J. Walker to remote meetings earlier this week when Barkley became ill. They are monitoring the status of Cam Newton and Walker. If both of them wind up testing positive, Sam Darnold could be elevated from injured reserve — but only if his shoulder is cleared medically first.