“I am honored to have earned the support and the trust of my colleagues to be their Speaker," the Adrienne Adams of Queens says in a statement

Adrienne Adams, a Democrat from the Queens borough of New York, has made history as the first-ever Black city council speaker for New York City.

Adams, who has represented southeastern Queens since 2017, secured the votes of 33 members of the 51-member body. The formal vote for speaker will occur the first week of January after the incoming city council is sworn in, the New York Times reports.

“I am honored to have earned the support and the trust of my colleagues to be their Speaker. Our coalition reflects the best of our city,” Adams said in a press release on Friday. “We are ready to come together to solve the enormous challenges we face in order to not just recover from COVID but to build a better, fairer City that works for everyone. I want to thank the Council members, labor and party leaders, women’s groups, and everyone in our broad coalition for their support.”

Adams declared victory over Councilman Francisco Moya, a fellow Queens Democrat who had the support of Mayor-elect Eric Adams. Moya conceded the race on Friday, saying in a statement that “it is clear that I do not have a path to victory.” 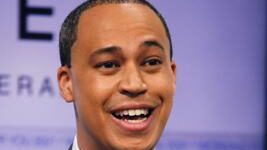 “I have worked alongside Councilmember @AdrienneEAdams1 for many years,” Moya said in a concession tweet Friday. “She is a dedicated and thoughtful leader who I know will work closely with all councilmembers.”

“I will fully support her leadership as we continue to fight the devastation of the pandemic,” he added.

“With that, I’m backing @AdrienneEAdams1 to be Speaker of our historic women majority City Council. She will lead our work in 2022 + beyond w/ honor,” Rivera tweeted.

On Friday, Adrienne Adams released a list of the 33 City Council members who supported her. Shortly after, Eric Adams congratulated her on her historic win in a tweet.

“After weeks of hearing from incoming Council Members and leaders I trust across New York, I am convinced that Adrienne Adams will be the best choice to lead our City Council forward, and I believe she has the support to do it,” he wrote.

“Let me be the first to congratulate my good friend Adrienne Adams on securing the votes to become the City Council’s speaker and making history. I look forward to working with her in partnership,” Eric Adams tweeted after Adrienne Adams declared victory.

Adrienne Adams, a native of Queens, will be the first speaker from outside Manhattan in decades, per the report, and the first Black woman to lead the city council.

“I proudly stand with my colleagues in support of Adrienne Adams as our next City Council Speaker,” incoming Council Member Chi Ossé wrote in a statement. “Adrienne Adams has been a lifelong public servant, has spoken truth to power and advocated for her community consistently.” 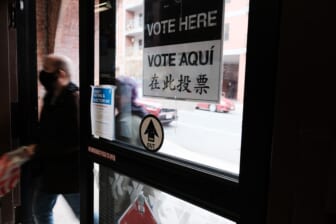 “Adrienne Adams, a proven leader in the Council, is the speaker who will unite us to support New York City’s comeback and lift up New York Yorkers fighting to make it, including my home borough of the Bronx,” Council Member Eric Dinowitz added in the release.