The family of Kangol, born Shaun Shiller Fequiere, confirmed in a statement that the 55-year-old died around 3 a.m. in a New York hospital. He had been diagnosed with stage 4 cancer in February 2021.

In late November, the emcee shared a photo on Instagram with fellow rapper LL Cool J after undergoing surgery. “Mr. G.O.A.T. himself L.L.COOL J @llcoolj @rockthebells visited me and elevated my healing energies in ways doctors can never duplicate. Thank you Baby Bro. I love you man,” he wrote in the post’s caption.

The Brooklyn-born musician has been touted as one of the pioneering faces of hip-hop.

Known for his breakdancing, rapping and producing abilities, Kangol and his group shot to fame after their 80s hits “Ya Cold Wanna Be With Me” and “Roxanne, Roxanne” — which launched one of the most iconic rap rivalries dubbed the Roxanne Wars.

The song was about the trio being repeatedly denied by a “stuck up hottie,” slighting the then 14-year-old rapstress Roxanne Shante.

The song set off between 30 to 100 response tracks from Shante, U.T.F.O., Adelaida “The Real Roxanne” Martinez and others, and launched the careers of U.T.F.O and Shante. 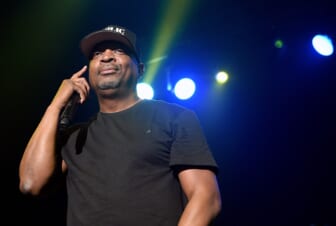 Also Read:
Chuck D teams with Stand Up To Cancer for new PSA

In more recent years, Kangol has been raising awareness for cancer prevention and screenings.

Some of their efforts included an annual event called “Waiting For a Cure” during breast cancer awareness month, where famous artists like Shante, Doug E. Fresh and Raheim from Grandmaster Flash and The Furious 5 helped to serve fans food. In 2012, the organization was honored by the American Cancer Society for its cancer prevention and advocacy programs.

In February, Kangol shared with PIX 11 that he had been recently diagnosed with cancer and advocated for the members of the Black community to get screened for the deadly disease.

“If this interview can save one person’s life, then it was absolutely worth it,” said the rapper after sharing the warning signs of the cancer and pressing for early screenings.

Recently, RHOA husband Gregg Leakes and Black Panther star Chadwick Boseman both lost their battle with the disease after fighting it for several years. 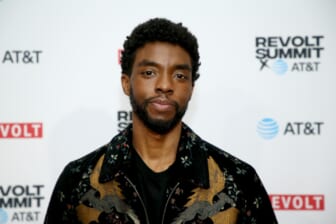 “You made history with UTFO and Roxanne, Roxanne is such a monumental song,” wrote Big Daddy Kane on his Instagram. “Rest Well King!!!”

LL Cool J’s Rock the Bells also posted about Kangol, tweeting “Hip-Hop lost a legend today with the transitioning of [Kangol Kid] but his legacy will forever serve as a source of inspiration, courage, and love.”