Woman accused of killing boyfriend with sword smiles in mugshot

Missouri woman Brittany Wilson, 32, is going viral for an ear-to-ear smile in her mugshot after being accused of killing her boyfriend with a sword in the house they shared in Cape Girardeau, located about 100 miles southeast of St. Louis.

Wilson allegedly called 911 and admitted to the Christmas Eve murder of Harrison Stephen Foster, whom authorities found just after 11 p.m. in the basement of their home with “fresh stab wounds,” according to the Cape Girardeau Police Department.

According to KFVS-12, Wilson told police that she and Foster, 34, consumed methamphetamines on the day of the murder. She also told officers she believed he had “several entities” living inside his body, and stabbing him was “setting him free” of the entities. 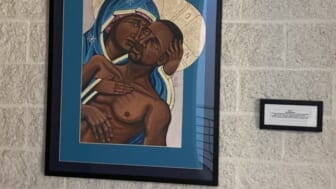 Wilson was charged with first-degree murder and armed criminal action. She remains in custody at Cape Girardeau Municipal Jail. Her bond is set at $2 million cash.

A similar story made national headlines in 2019, when a Washington state woman pleaded guilty to the attempted murder of her boyfriend with a samurai sword. Emily Javier stabbed Alex Lovell repeatedly after discovering that he had a Tinder account. 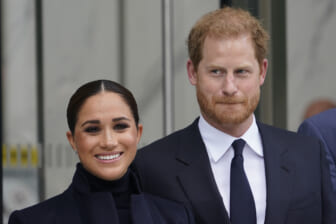 Javier called 911 herself and allegedly came out to meet the police in Camus, saying “I just stabbed him!” Authorities found Lovell in the bathroom bleeding. She’d apparently been plotting his death for a week before the stabbing.

She was sentenced to more than 19 years in prison.