Bragg inherited an investigation into Trump and his business practices

As district attorney, Bragg inherited an investigation into Trump and his business practices from his predecessor, Cyrus Vance Jr., who declined to seek reelection last year after 12 years in the high-profile job. 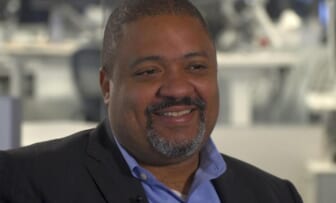 After weeks of speculation about whether Vance would close his tenure with a bang by indicting Trump, the former D.A. has passed that decision to Bragg, a 48-year-old civil rights lawyer and former federal prosecutor who was sworn in at a private ceremony, in part because of COVID-19 concerns.

Bragg told CNN last month that he’ll be directly involved in the Trump matter. He also said he has asked the two veteran prosecutors who led the case under Vance — general counsel Carey Dunne and former mafia prosecutor Mark Pomerantz — to stay on and see it through.

“This is obviously a consequential case, one that merits the attention of the D.A. personally,” Bragg told CNN.

The investigation resulted in charges last summer against Trump’s company, the Trump Organization, and its longtime finance chief, Allen Weisselberg. In the fall, Vance convened a new grand jury to hear evidence in the case.

Trump himself remains under investigation by the office after Vance led a multiyear fight to get access to the Republican’s tax records.

As a top deputy to New York’s attorney general in 2018, Bragg helped oversee a lawsuit that led to the closure of Trump’s charitable foundation over allegations that he used the nonprofit to further his political and business interests.

Bragg, among a growing wave of progressive, reform-minded prosecutors across the country, defeated Republican Thomas Kenniff in November after winning an eight-way Democratic primary in the spring. 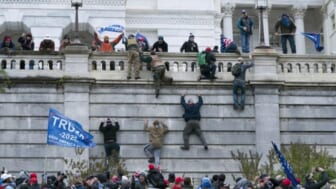 Bragg campaigned partly on a promise to change the culture of the district attorney’s office. Drawing on his own experiences growing up in Harlem during the 1980s crack cocaine epidemic, Bragg said he wants to “shrink the system,” declining to pursue many low-level offenses and look for alternatives to prosecuting small “crimes of poverty.”

At age 15, a police officer stuck a gun in his face and wrongly accused him of being a drug dealer as he walked to buy groceries for his father. Bragg filed a complaint at his parents’ urging, sparking an interest in the law.

He has had a knife held to his throat. As an adult, he opened his home to a brother-in-law just released from prison. Sometimes, Bragg says, the warrant squad would show up looking for the brother-in-law, banging on the door and waking up his children.

Bragg spent the final days of his campaign participating in a rare judicial inquiry into the death of Eric Garner, whose pleas of “I can’t breathe” to police officers who hauled him to the ground in a chokehold became a rallying cry for Black Lives Matter protesters in 2014. Bragg called it the most “emotionally significant” case of his career.

Being elected D.A., Bragg said voters had given him a “profound trust.”

“The fundamental role of the district attorney is to guarantee both fairness and safety,” Bragg told supporters on election night.

“That is the trust has been given to me on the ballot, but given to all of us — that’s what we’ve worked for — to show the city and the country a model for pairing partnership, pairing fairness and safety into one.”