The singer dropped several TikTok posts, wryly addressing the similarity between his name and the Omicron variant.

Omarion has had something of a public resurgence as of late. However, it’s not the kind of publicity he was expecting. The singer’s name bears a resemblance to the latest COVID-19 variant, Omicron; ever since the variant was announced, people have been calling it the “Omarion variant” as an irreverent turn of phrase.

Omarion recently addressed the resemblance and everyone who’s been speaking his name in this new context. 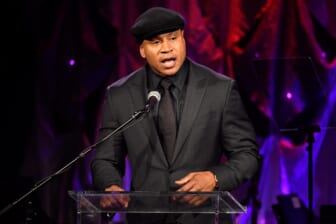 The R&B singer appeared to be taking it all in stride, as he took to TikTok and made several New Years Eve posts regarding the issue. One post aired during the live broadcast of ABC’s Dick Clark’s New Year’s Rockin’ Eve.

“I know there has been a lot of confusion online recently, so my lawyers asked me to read this,” Omarion quipped. “I, Omarion, am a musician and entertainer — you knew that — not a variant, okay.” He then joked about how something similar happened with his former group B2K two decades ago.

“The last time I had to do this was in 2000 when everyone confused Y2K with B2K,” he said. “That ain’t how it’s supposed to be, but seriously, I want to wish you all a happy and safe new year’s. Peace.”

Omarion also made reference to some people who were hitting him up personally. “I’ve been getting a lot of DMs. Don’t get disrespectful, ok,” he said with a smile. One such DM came from LaKeith Stanfield. The Academy Award-nominated actor posted on his Instagram that he sent a direct message to the singer: “you ruining Christmas for everybody smh.” 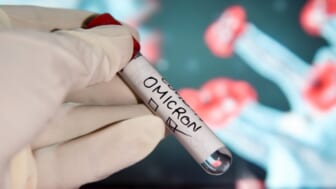 Also Read:
How serious is the omicron variant? Here’s what you need to know

Just in case you didn’t get the message. @NYRE ???✨. Omarion not omicron

In the since-deleted post, he wrote the caption, “I’m weak i wonder if he’s gunna respond.”

In another TikTok post, Omarion playfully incorporated titles to some of these biggest hits to address the situation.

“While it’s important not to ‘Touch’ me and to keep your ‘Distance,’ ’cause you know that’s how it’s ‘Post to Be,’ you don’t need a negative test to dance to my music, alright?” he said.

Omarion was just minding his own business, carrying on with his career as this whole thing went down. In 2021, the “Ice Box” singer appeared on the hit Fox show, The Masked Singer, where he placed fourth while disguised as The Yeti. In the fall, he headlined The Millennium Tour, along with co-headliner Bow Wow, Ashanti, Pretty Ricky, Soulja Boy, Lloyd, Ying Yang Twins and Sammie.

The Grammy-nominated entertainer also dropped new music, releasing the single “Ex” with Bow Wow and Soulja Boy this past October. “Ex” is the lead single to Omarion’s forthcoming album, Full Circle. It will be his sixth solo studio album.