Drakeo's mom says she’s planning a memorial that will be full of "dignity, style and grace."

The family of slain rapper Drakeo the Ruler wants access to money from his estate to cover the costs of his funeral. 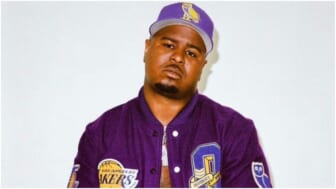 Also Read:
Drakeo the Ruler murder probe stalls due to witnesses not cooperating

Drakeo’s funeral so far is clocking in under $52,000, TMZ reports, His mother, Darrylene Corniel, says her late son’s estate is worth $2 million, and she would like the court to allow her to use some of the funds to cover the burial expenses.

In court docs, Drakeo’s mom says she’s planning a memorial that will be full of “dignity, style and grace.”

Drakeo (born Darrell Caldwell) died after being stabbed at the Once Upon a Time in L.A. concert on Dec. 18, theGrio previously reported. The 28-year-old Los Angeles native was one of the dozens of performers — including Parliament-Funkadelic, War, Al Green, Cypress Hill, Zapp, Warren G, The Mary Jane Girls, E-40, DJ Quik, The Stylistics, and notable other acts — scheduled to perform at the three-stage concert. The concert was canceled shortly after the stabbing incident, TMZ reported.

Caldwell was attacked by a group of people and stabbed multiple times during an altercation backstage at the event held at Banc of California Stadium. He was transported by paramedics to a local hospital and was admitted in critical condition. He later died from his injuries.

Per Rolling Stone, Corniel announced plans to sue over the death of her son. She also said he was attacked after 40 to 60 people rushed him when rapper YG appeared in the backstage area. According to reports, both YG and Drakeo’s crew clashed right before the stabbing.

“He was hit in his neck. I saw him when I went to the hospital. They said it’s a homicide, so I wasn’t able to hug him or kiss him or anything like that. I had to look at him through a window,” said Corniel. “I need this to be out there. I need people to know. And I do want justice for my son. And I do believe that justice will be served. I will not rest until justice is served.”

Corniel believes her son’s death was the result of “jealousy and envy” from haters.

Corniel said her son “took care of those around him because I taught him that, to watch out for everybody… People who really know my son knew he was a real individual. He had a genuine heart.”