‘His legacy will live on’: Sidney Poitier’s family commemorates the late actor’s life

The family of trailblazing actor and activist Sidney Poitier has released a heartfelt statement mourning the Academy Award-winning actor’s life and legacy following his death at age 94 on Friday.

“There are no words to convey the deep sense of loss and sadness we are feeling right now,” the family began. “We are so grateful he was able to spend his last day surrounded by his family and friends. To us Sidney Poitier was not only a brilliant actor, activist, and a man of incredible grace and moral fortitude, he was also a devoted and loving husband, a supportive and adoring father, and a man who always put family first.”

“He is our guiding light who lit up our lives with infinite love and wonder. His smile was healing, his hugs the warmest refuge, and his laughter was infectious,” the statement continued. “We could always turn to him for wisdom and solace and his absence feels like a giant hole in our family and our hearts.

“Although he is no longer here with us in this realm, his beautiful soul will continue to guide and inspire us. He will live on in us, his grandchildren and great-grandchildren—in every belly laugh, every curious inquiry, every act of compassion and kindness. His legacy will live on in the world, continuing to inspire not only with his incredible body of work, but even more so with his humanity.”

“We would like to extend our deepest appreciation to every single one of you for the outpouring of love from around the world. So many have been touched by our dad’s extraordinary life, his unwavering sense of decency and respect for his fellow man. His faith in humanity never faltered, so know that for all the love you’ve shown him, he loved you back.” 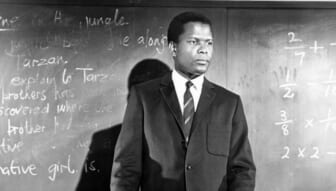 Also Read:
Want to watch Sidney Poitier’s films? Here are 11 of his best

An icon known for his on-screen brilliance and his dedication to social activism, Poitier achieved a number of historic firsts throughout his prolific life and career, becoming the first Black man to ever win the Oscar for Best Actor in 1964 following his acclaimed performance in Lilies of the Field. Prior to his Oscar-winning role, Poitier captured audiences with memorable performances in projects like The Defiant Ones (for which he was also nominated for an Academy Award), the screen adaptations of Porgy and Bess (1959), A Raisin in the Sun (1961), and more.

As previously reported, his success continued into the late ’60s and early ’70s, when he starred in classic films like To Sir, With Love and Guess Who’s Coming To Dinner. Pushing against many roles offered to Black actors at the time, Poitier forged new paths for actors of color, playing romantic leads and starring in films that addressed race relations head-on.

Poitier pushed to break boundaries in other aspects of Hollywood outside of just performing. For his 1969 film The Lost Man, he insisted that the film crew for the movie be “at least 50 percent African-American,” per his bio for the Kennedy Center. Poitier would go on to direct a number of Hollywood films including A Piece of the Action and Stir Crazy.

Poitier’s involvement in social movements included attending the March on Washington in 1963. Dr. Martin Luther King Jr. himself paid tribute to him in 1967, sharing, “He is a man of great depth, a man of great social concern, a man who is dedicated to human rights and freedom. Here is a man who, in the words we so often hear now, is a soul brother.”

Poitier would go on to have a political career, serving as the Bahamian ambassador to Japan from 1997 to 2007. In 2009, President Barack Obama honored him with the Presidential Medal of Freedom.

He is survived by his wife Joanna Shimkus, his six daughters and eight grandchildren, and three great-grandchildren.