Dominick Black, 20, has agreed to plead no contest to contributing to the delinquency of a minor to avoid a felony conviction, according to multiple sources.

The Wisconsin man who purchased the semiautomatic rifle that his friend Kyle Rittenhouse used to fatally shoot two men and wound a third in August 2020 has accepted a plea deal to avoid a felony conviction.

Dominick Black, 20, of Racine, Wis., bought the Smith & Wesson M&P 15 rifle for Rittenhouse when Rittenhouse was 17 and too young to legally buy the firearm himself, according to the Milwaukee Journal Sentinel.

Black was the first witness called by prosecutors during Rittenhouse’s trial in November, the newspaper reported. He was 18 in May of 2020 when he made the purchase at a hardware store in Rusk County, Wis. 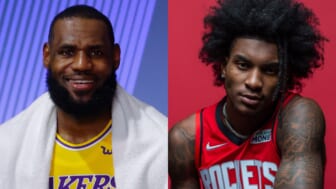 Court records reviewed by theGrio show Black previously was charged with two counts of intentionally selling a dangerous weapon to a minor. The class A felony is punishable by a maximum sentence of three years and six months in prison and a maximum fine of $10,000, according to the state’s penal code.

On Friday, Kenosha County Assistant District Attorney Thomas Binger filed a proposed plea agreement that would allow Black to plead no contest to a pair of non-criminal citations for contributing to the delinquency of a minor and pay a $2,000 fine in exchange for dismissing the felony charges against him.

The Kenosha County Eye broke the story on Saturday. A court hearing on Black’s case is scheduled to take place at 11:30 a.m. on Monday.

Judge Bruce Schroeder could reject the plea deal or dismiss Black’s original felony charges based on the minors-with-firearms ruling that the judge made during Rittenhouse’s trial, according to the Journal Sentinel. 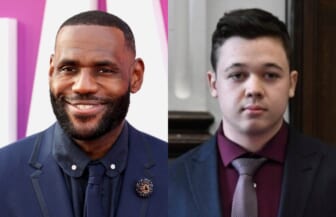 Schroeder surprised many Rittenhouse trial observers in November when he dismissed an unlawful possession of a firearm as a minor charge previously filed against the teen.

Attorneys for Rittenhouse had convinced the judge that an exception in Wisconsin law permits 17-year-olds to carry rifles and shotguns, or at least left the law ambiguous.