"I was really pissed off that he said that," the teenager said Monday.

Kyle Rittenhouse has clapped back at LeBron James after the NBA star mocked the teen during his murder trial last month.

“I liked LeBron,” Rittenhouse said Monday on The BlazeTV’s You Are Here show. “And, then I’m like, ‘You know what, f*** you, LeBron.'” 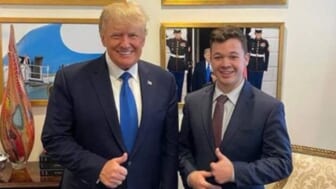 theGrio previously reported that social media ripped Rittenshouse over the apparent crocodile tears that he shed during testimony at his murder trial at the Kenosha County Courthouse in November. James retweeted a clip by USA TODAY that was captioned: “Kyle Rittenhouse broke down in tears at his murder trial while on the witness stand as he described the events of Aug. 25, 2020 in Kenosha, Wisconsin.”

James responded to the clip with, “What tears????? I didn’t see one. Man knock it off! That boy ate some Lemonheads before walking into court,” adding “crying laughing” emojis.

“I was a Lakers fan too before he said that,” Rittenhouse said on the show. “I was really pissed off that he said that.”

The Illinois teenager fatally shot two people during a Jacob Blake protest in Wisconsin last year. The protests started after Blake, an unarmed Black man, was shot in the back by a Kenosha, Wis. police officer. Blake is now paralyzed from the waist down.

Rittenhouse traveled across state lines, armed with what is described as a “long gun,” purportedly to help support law enforcement and protect public property during the protests. Joseph Rosenbaum, 36, and Anthony Huber, 26, were killed while Gaige Grosskreutz, 26, was wounded after the teenager shot the three men with the AR-style semiautomatic rifle. Rittenhouse was later charged with first-degree murder.

On Nov. 19, he was acquitted of all charges after pleading self-defense in the deadly shootings that became a flashpoint in the nation’s debate over guns, vigilantism, and racial injustice, theGrio reported.

Rittenhouse could have received life in prison if found guilty on the most serious charge, first-degree intentional homicide, or what some other states call first-degree murder.

In one of his first sit-down interviews after being acquitted of murdering two people Rittenhouse said his case had “nothing to do with race.”

“It never had anything to do with race,” Rittenhouse told Fox News‘s Tucker Carlson. “It had to do with the right to self-defense.” 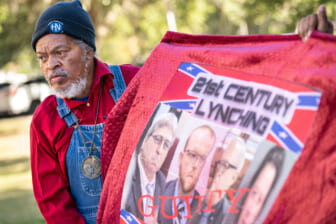 “I’m not a racist person,” Rittenhouse maintained. “I support the BLM movement. I support peacefully demonstrating.”

In the interview preview, the 18-year-old also addressed the legal system saying, “I believe there needs to be change. I believe there’s a lot of prosecutorial misconduct, not just in my case, but in other cases. It’s just amazing to see how much a prosecutor can take advantage of someone.”