Two of the victim’s siblings have been accused of concealing the body of Damari Perry.

Family members of a 6-year-old North Chicago boy who went missing last week are being charged after the child’s body was found in an alley over the weekend.

The body of Damari Perry was recovered on Saturday near an abandoned house in Gary, Indiana, PEOPLE reports. The boy was last seen on Tuesday evening when he was allegedly driven with his older sister to a party in Skokie, Illinois by a woman named Monique and a man known as “Wacko” or “Chaos,” according to authorities.

Damari’s sister reportedly told police that she had several drinks at the party and fell asleep. When she awoke, the boy and “Wacko” were gone. The family reported Perry missing on Wednesday evening, according to the report.

Amid the FBI-led multi-state investigation into the child’s killing, authorities have filed charges against the boy’s mother, 38-year-old Jannie M. Perry. She has been charged with first-degree murder, concealment of a homicidal death and obstructing justice, per the report. 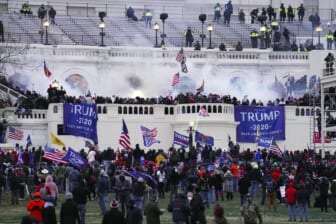 Also Read:
Mom who took her child into Capitol during riot gets prison

Two of the victim’s siblings have been accused of concealing a body. Perry’s brother, Jeremiah R. Perry, 30, has been charged with aggravated battery causing great bodily harm to a child under 12, concealing a homicidal death and obstructing justice.

“Another juvenile sibling of Damari faces charges in Lake County’s Juvenile Court,” reads the statement, noting that “all three were taken into custody Friday night.”

Jannie and Jeremiah Perry reportedly told police that Perry was last seen in Skokie, but Lake County State’s Attorney Eric Rinehart said in a statement that details in their missing person account were “completely false.”

The statement notes that “investigators quickly turned their focus to the boy’s home in North Chicago, after the family’s story was contradicted by evidence in Skokie.”

“Information from witnesses led to the discovery of Damari’s body in Lake County, Indiana,” according to the statement, per the report.

Perry’s cause of death has not been revealed but prosecutors alleged he “did something to upset [his] family” on Dec. 29. As punishment, family members put him in a cold shower.

At some point, the boy became sick and vomited. After he was removed from the shower, relatives failed to seek medical treatment for him. Perry later died and his mother and siblings reportedly attempted to conceal his body. Investigators say Perry was killed while celebrating his birthday.

“He was placed into a cold shower for an extended period of time, held there by family members at the direction of the mother,” Rinehart said in the statement. “We believe the mother may have been involved also, and at some point, he became unresponsive, vomited and died.”

“Our hearts ache over the murder of 6-year-old Damari Perry,” Rinehart said. 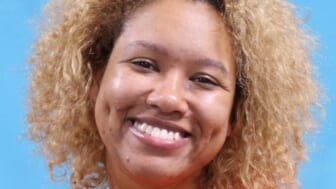 Perry’s mother didn’t immediately call 911 after her son’s death. Instead, she stored the body at her home for a few days while she figured out how to dispose of it.

More charges could be filed following the completion of an autopsy.

“I’ve been working in criminal law for almost 20 years now and this is one of the worst cases I’ve seen,” Rinehart said.

A GoFundMe campaign to help cover the child’s burial costs was created on behalf of his father.