Docquen Jovo Watkins, 31, has been charged with second degree murder over the incident.

TikTok creator Rory Teasley was choked to death by his boyfriend on Thursday after the two men argued over a video game, according to authorities.

Teasley’s boyfriend, Docquen Jovo Watkins, 31, of Pontiac, Mich. has been charged with second-degree murder over the incident, online records show. He and Teasley dated for 10 years prior to the incident, according to ClickOnDetroit. 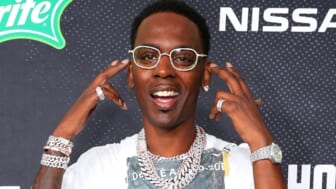 Officials said Watkins called 911 around midnight Jan. 6, after he and Teasley, 28, got into a fight while playing the team-based shooter game Overwatch.

Authorities said Watkins told them Teasley was “sleeping” on the couch in his apartment before they arrived, but the TikTok star wasn’t breathing when Oakland County Sheriff deputies responded to the scene, per ClickOnDetroit.

The county sheriff’s office said in a statement that Watkins choked Teasley to death during the argument, the news site reported.

“We see far too often across the country these days when people resort to violence over trivial and insignificant disagreements,” Oakland County Sheriff Michael Bouchard said in a statement, according to multiple sources.

“There is never a reason where violence is acceptable over a disagreement,” Bouchard continued. “Those who do so will be held accountable.”

Teasley referred to himself as “Everybody Gay Bestfriend” on his @2Toopump4tv TikTok account, where he gained more than 222,000 followers.

Videos of the energetic 28-year-old dancing alone and with friends, doing voiceover monologues and skits helped him gain a huge following on the short-form video sharing site.

Teasley posted his last TikTok video a week ago. 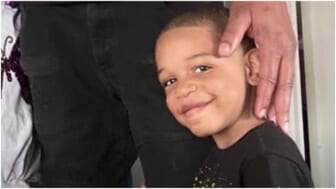 “The day he posted this is the day he passed away,” TikTok user Bre wrote in the comment section on Monday.

“Rip ? really hurt the city off this one,” added fellow TikTok user JaitheDoll. “You will be missed such a beautiful soul.”

Watkins was denied bond during a Sunday arraignment hearing and is scheduled to participate in a probable cause hearing on Jan. 18, according to ClickOnDetroit.