Family of Lauren Smith-Fields say police have been hostile, uncooperative

“We haven't had any answers since the day that we found out that she passed away," the victim's mother said.

A month after Lauren Smith-Fields was found dead under mysterious circumstances in her Bridgeport, Conn. apartment, her family is calling out the police for being hostile and uncooperative amid the investigation into her death.

“We haven’t had any answers since the day that we found out that she passed away,” her mother, Shantell Fields, told Yahoo News. The family says the Bridgeport Police Department has told them to stop repeatedly calling to inquire about the status of the investigation.

“When you ask questions, [Bridgeport Police] don’t know how to answer it at all … and they made it such a hostile environment,” Shantell said.

Smith-Fields, 23, was found unresponsive in her apartment on Dec. 12 after she met an older white man on the dating app Bumble, theGrio reported. The man, who has not been named, reportedly contacted police about Smith-Fields’ death and was not detained for questioning, Westchester News 12 reports.

Lakeem Jetter, the brother of the victim, told the outlet that an arrest wasn’t made because officers said the man was “nice”  and “didn’t need to be investigated.” 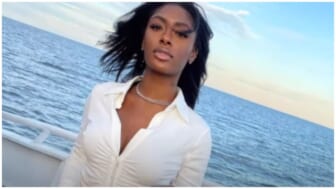 Smith-Fields’ father, Everett Smith, said the family has had to deal with a “very insensitive, condescending and arrogant detective.”

The city’s medical examiner has not yet revealed the cause of Smith-Fields’ death. The family reportedly paid for an independent examination due to the Bridgeport Police Department’s poor handling of the case.

“The family and community want answers,” said Rowena White, communications director for the city of Bridgeport. “The challenge is that you have to wait. There is one commonality between the city, police and the family — everyone is agonizing while we wait.”

White said the man who was with Smith-Fields on the night she lost consciousness and ultimately died has been fully cooperative with police amid the “ongoing and active” investigation. She also noted that the coroner’s initial report determined that there was no foul play involved, but the family disputes this.

“When there is no foul play, there is no crime,” White said. “That doesn’t mean the cause of death isn’t being investigated.”

The victim’s family and their attorney have pointed out the many flaws made by the police on the first day of the investigation. Fields said after she was allowed access to her daughter’s apartment, she noticed vital physical evidence that police failed to collect, such as a condom with semen inside and a pill that could be a sedative.

“Without a doubt, we know that my daughter was not a drug user, and I had a second autopsy myself paid out of pocket because we felt so uncomfortable with the way it was handled,” Smith-Fields’ father said.

“There’s a typical protocol that’s followed when you have a situation like this,” Fields’ attorney, Darnell Crosland, told Yahoo News. “If you have a husband or wife or boyfriend or girlfriend call the police because one of them is dead, typically the person who is surviving is pivotal to the investigation. Most times they are looked at as a suspect because they were the last person with the deceased, and in this particular case, the police have been very hesitant to even call this person a ‘person of interest.’” 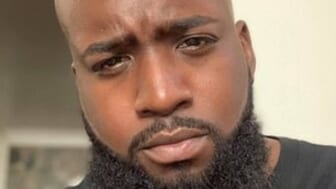 “It’s appalling that we have to prosecute our own cases,” Crosland added. “The [family] has a right to know that the police consider this case as serious as any other case, and they haven’t gotten that.”

Bridgeport Police have not responded to multiple requests for comment from Yahoo News.