Ida B. Wells’ inspiring legacy is being honored by Barbie

This coming Monday, we celebrate the life of Martin Luther King, Jr., inarguably the most recognizable figure of 20th century civil rights movement. But among the many activists who forged a path for that iconic leader was Ida B. Wells, whose crusade for racial justice and gender equality at the turn of the last century laid the groundwork for not only contemporary activism, but investigative journalism as well.

Wells’ legacy may be writ large in her birthplace of Holly Springs, Miss. and adopted homes of Memphis and Chicago, but in recent years, her enduring impact has once again been recognized on a national scale. Most notably, she was awarded a posthumous 2020 Pulitzer Prize, honored in the same class as one of her journalistic successors, Nikole Hannah-Jones—who coincidentally co-founded the Ida B. Wells Society for Investigative Journalism at the University of North Carolina.

Now, Wells’ influence will reach an even younger generation, as the civil rights pioneer has been honored with a doll in her likeness as part of Barbie’s Inspiring Women Series.

“My great-grandmother was a trailblazer who courageously followed her convictions and challenged the status quo by fighting for civil rights and women’s suffrage,” said public historian and writer Michelle Duster, great-granddaughter of Ida B. Wells and author of the newly released Ida B. Wells, Voice of Truth, in a statement. “This is an incredible opportunity to shine a light on her truth and enduring legacy to empower a new generation to speak up for what they believe in.” 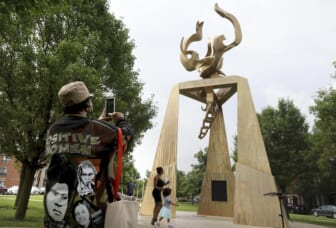 Barbie’s parent company, Mattel, explained its tribute to the storied activist in a statement: “Diversity and inclusion must be the foundation of all that we do. We will continue to dedicate resources to directly impact the Black community through the Dream Gap Project Fund, to help remove barriers that prevent the next generation from reaching their full potential. Our efforts include a commitment to spotlight more Black role models who are female, and now, we are introducing a doll that honors Ida B. Wells, a journalist, activist, suffragist, and researcher who helped shine a spotlight on civil injustice.”

“We are incredibly proud to welcome pioneering civil rights activist and suffragist Ida B. Wells to the Barbie Inspiring Women line, so kids can learn more about the great strides she made toward equality during her lifetime,” said Lisa McKnight, senior vice president and global head of Barbie and Dolls at Mattel. “It is so important for kids to be exposed to role models like Ida B. Wells to remind them that they are powerful and can make a difference in the world.”

Duster further discussed the unique honor with theGrio via email, explaining why she and her family felt Barbie was an ideal collaborator in helping to further advance Wells’ legacy.

“My brother Dan and I were honored and excited that Barbie chose to celebrate my great-grandmother with an Inspiring Women doll,” she shared. “Working with an empowering brand like Barbie allows us to continue sharing our great-grandmother’s legacy with the younger generation on a huge scale. It’s been exciting to see the overwhelmingly positive reactions to the doll in her honor.”

That honor doesn’t stop with a doll. In keeping with Wells’ life work and Barbie’s continued commitment to close the Dream Gap, the brand has partnered with Girls Write Now, a nonprofit “that has been breaking down barriers of gender, race, age, and poverty to mentor the next generation of writers and leaders for the past 25 years.” Per Barbie’s statement, its campaign will include: 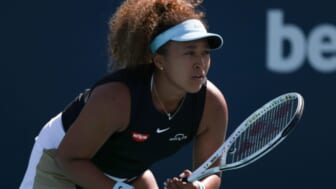 “Over the decades, Barbie has continued to broaden both their professional and ethnic representation of women. Their products now are aspirational in a wide variety of ways and their Inspiring Women Series was the perfect fit to share the story of our great-grandmother, who spent almost fifty years fighting for freedom, justice and equality while also pushing the boundaries of the limited roles there were for women during her time,” said Duster, noting the other incredible women featured in the now four-year-old series—which includes Dr. Maya Angelou, Ella Fitzgerald, Rosa Parks, and mathematician Katherine Johnson. “She is in great company with other women who can help girls realize that there are no limits for how far they can go.”

The Ida B. Wells Barbie doll wears a floor-length lace dress and holds a miniature replica of the ‘Memphis Free Speech’ newspaper, where Wells rose through the ranks to become both editor and co-owner. The doll retails for $29.99 and will be available nationwide at Amazon, Walmart, and Target on January 17.