Former NYPD sergeant Arlicia Robinson will serve no time behind bars after getting caught transporting drugs for the Nine Trey Bloods gang while rapper and affiliate Tekashi 6ix9ine was under investigation.

Facing a possible five-year prison sentence after pleading guilty to the crime, the ex-officer’s eyes filled with tears as she received her much lighter sentence of four years of supervised probation from Manhattan Federal Court Judge Alvin Hellerstein.

Robinson, 41, served from 2017 to 2018 as a police sergeant patrolling areas of Bedford-Stuyvesant, downtown Brooklyn and elsewhere in NYC while leading a “double life” as a drug mule, NY Daily News reported.

The single mother of three was reportedly at the time dating Nine Trey leader Aaron “Bat” Young, who is currently serving a 20-year prison sentence for his involvement with the violent east coast gang. 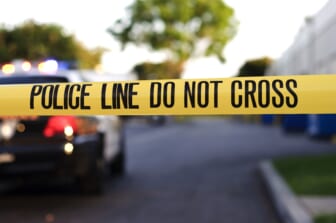 Young reportedly connected Robinson with Nine Trey “five-star general” Kristian Cruz — estimated to have sold over $2 million worth of heroin and fentanyl — who later testified that the former cop transported heroin for him “because she drew less attention,” per NY Daily News.

According to prosecutors, Robinson additionally lied to the NYPD and a grand jury about a shooting she witnessed in 2018 between Young and another drug dealer.

“I know now and I always will that what I did was wrong,” Robinson said during her sentencing. “I take full responsibility for my poor decision-making and behavior. I was not thinking clearly and was not thinking straight.”

Justine Harris, Robinson’s attorney, argued during the trial that the former officer had changed her ways after battling with drug addiction stemming from a traumatic childhood.

“Both her parents died when she was 7. She was raised by a series of different loving family members but very unstable home situations. She was a victim as a child of repeated sexual abuse and assault between the ages of 9 and 13,” Harris said.

According to NY Daily News, Hellerstein “conceded that Robinson’s case was unique and that her relationship with Young was plagued by mental manipulation and physical abuse.” 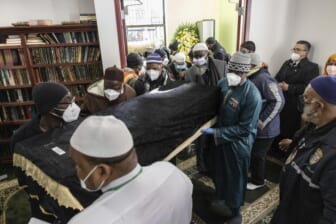 Also Read:
Outpouring of grief as victims of Bronx fire laid to rest

Tekashi was granted early release from prison in 2020 after serving two years for his involvement with the Nine Treys.

The controversial rapper pleaded guilty to nine counts, including racketeering, conspiracy and weapons offenses, originally facing a 47-year mandatory minimum sentence and a maximum of life in prison.

While under protective custody at a private prison in Queens, NY, Tekashi was released because his asthma put him at high risk for contracting COVID-19.