Chambers, a Black progressive activist, is running on a pro-marijuana legalization platform

Gary Chambers, a former candidate for Louisiana’s 2nd Congressional District, is running for the U.S. Senate in Louisiana. He launched his first ad campaign on Tuesday with a video showing him smoking a cannabis blunt.

Chambers, a Black progressive activist, is running on a pro-marijuana legalization platform. The ad, titled ‘37 Seconds,’ also features a voice-over of him highlighting the statistics for non-violent drug convictions.

“Every 37 seconds someone is arrested for possession of marijuana,” Chambers, a 36-year-old, longstanding community activist in Baton Rouge, says in the video.

“States waste $3.7 billion enforcing marijuana laws every year,” Chambers continues in the ad. “Most of the people police are arresting aren’t dealers but rather people with small amounts of pot, just like me.”

The ad was directed and edited by Baton Rouge filmmaker Erwin Marionneaux and filmed in New Orleans with local resident Erick Sanchez, United Public Affairs founder, who wrote and produced the pot-smoking ad. 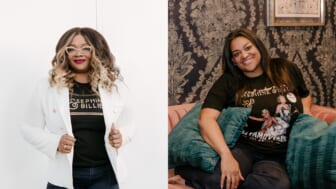 Chambers shared the video on Twitter and explained why he smoked weed on camera.

“For too long, candidates have used the legalization of marijuana as an empty talking point in order to appeal to progressive voters,” said Chambers in a statement. “I hope this ad works to not only destigmatize the use of marijuana, but also forces a new conversation that creates the pathway to legalize this beneficial drug, and forgive those who were arrested due to outdated ideology.”

“Why would you take the time to write the ticket if you know it’s already going to be pardoned?” said Councilwoman Helena Moreno, who sponsored the simple possession pardon ordinance. “There’s really no necessity for enforcement, in my opinion, anymore.”

A spokesperson for New Orleans Police Department said in a statement that, per the new policy, officers will “no longer issue citations for simple possession alone.”

“NOPD has revised our policy covering procedures related to simple possession of marijuana, and new general order will go into effect Sunday to comply with a new municipal ordinance,” said NOPD spokesperson Gary Scheets, in an email, per The Lens. 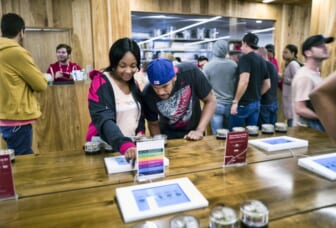 Medical marijuana patients lined up for hours on the first Monday of the new year to purchase raw, smokable forms of cannabis. Up until that point, Louisiana had only allowed cannabis pharmacies to sell the medicine as tinctures and edible gummies.

Meanwhile, on Nov. 8, Chambers and his pro-pot stance will face off against other Democratic candidates in the non-partisan primary. GOP Sen. John Kennedy (who is supported by former President Donald Trump) was first elected to the seat in 2016 and is running for reelection, according to KLAF. The general election will happen on Dec. 10.