He prayed so Colin could kneel: Kaepernick Publishing to release Mahmoud Abdul-Rauf autobiography

OPINION: In an exclusive interview with theGrio, the athlete at the center of a national anthem protest explains why Colin Kaepernick’s publishing company was the perfect platform to tell his story. 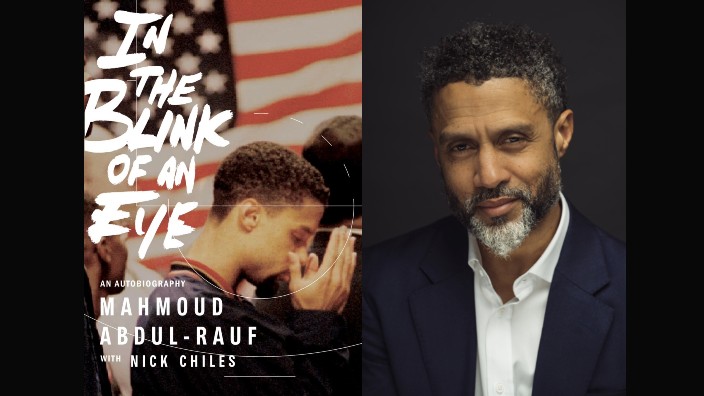 Before Stephen Curry took his first step, an undersized superstar dazzled professional basketball with his court vision, his ball-handling wizardry and—most of all—his ability to score from anywhere on the court.

But professional sports, overcoming poverty and achieving a slew of record-setting athletic performances would not be the thing that stamped this basketball wizard’s name in America’s long-term memory. Twenty years before Colin Kaepernick refused to stand for “The Star-Spangled Banner,” the National Basketball Association sidelined Mahmoud Abdul-Rauf for exercising his first amendment rights during the national anthem.

On October 18, 2022, the publishing imprint founded by the man who followed in those giant footsteps will share this all-American story with the world when Kaepernick Publishing releases In the Blink of an Eye: An Autobiography. 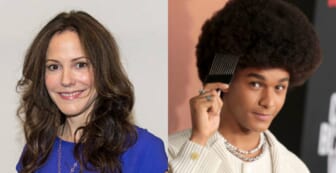 “Marked by staggering vulnerability, Mahmoud Abdul-Rauf—whose given name was Chris Jackson before converting to Islam and changing it in 1991—recounts the twists, turns, trials, and triumphs of his life,” reads the Kaepernik Publishing press release. “He is perhaps most well-known for being exiled from the NBA for praying—instead of standing and saluting the flag during the playing of “The Star-Spangled Banner” before games throughout the 1995–96 season. Abdul-Rauf’s protest sent shockwaves through the league that can still be felt today.”

During an interview with theGrio, Abdul-Rauf explained why Kaepernick Publishing was the perfect place to tell the world how about how he grew up with an estranged father, discovered his undiagnosed Tourette syndrome at the age of 17, used basketball as therapy and eventually committed himself to Islam. In a sense, his life’s journey also began with an autobiography—when Louisiana State University coach Dale Brown handed him The Autobiography of Malcolm X in college.

“I grew up in a Christian background and, even though my mother was not formally educated, I always believed in a higher power,” the 52-year-old Abdul-Rauf told theGrio. “I always believed that we were here for a purpose, but I didn’t always know why. But then, [coach Brown] gave me the autobiography of Malcolm and, just reading his stories blew me away.  I was like: ‘Wow, this guy has a lot that I don’t have in terms of courage to speak his mind, but this is something that I want.’”

In just his third game as a college player, Abdul-Rauf would score 48 points against rival Louisiana Tech. He would later set the freshman scoring record with 53 points, only to break it later that season with 55 against Ole Miss. After playing with another decent basketball player—Shaquille O’Neal—the Denver Nuggets selected Abdul-Rauf with the third pick in the 1990 NBA draft.

As an NBA player, he participated in the 1993 NBA dunk contest and still holds the third-highest free-throw percentage in a single season. But it was his decision to not stand for the national anthem that thrust him into an even more intense spotlight.

On March 12, 1996, the NBA suspended Abdul-Rauf indefinitely without pay for breaking the rule that players and coaches must “stand and line up in a dignified posture” during the anthem. “My intentions were not in any way to be disrespectful to those who regard the national anthem as a sacred ceremony,” he said at the time. “I am an African-American, a citizen of this country and one who respects freedom of speech and freedom of expression.”

He noted the parallels between Kaepernick’s whiteballing by the NFL and how he was slowly ostracized after Abdul-Rauf called the American flag “a symbol of oppression, of tyranny,” citing his duty to his “creator, not to nationalistic ideology.” Like Kaepernick, Abdul-Rauf was booed mercilessly until he “began to see the writing on the wall.” One of his specific memories is an NBA-produced special on the greatest free-throw shooters of all time, in which he wasn’t even mentioned.

“It was nice to see people in that position that don’t allow the materialism, the fame and all of the things that come with being in that position to take away from what they see,” he told theGrio. “Author Arundhati Roy said that ‘Once you see something, you can’t unsee it. To be silent and say nothing is just as political an act as speaking out.’ Either way, you’re accountable.”

Asked about his reaction to Colin Kaepernick’s NFL protest, Abdul-Rauf said he was proud to see someone of Kaepernick’s status stand up for his rights. 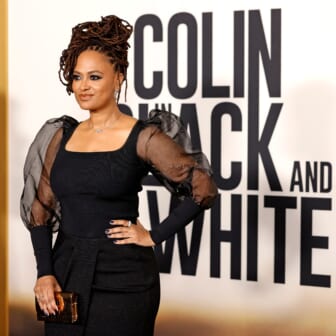 Also Read:
Ava DuVernay on ‘Colin in Black and White’: ‘I keep being drawn to stories of young people’

When I took my stance, I said, well, shoot, if I’m being silent, I’m just as accountable, so I might as well go for broke. In Kap, I saw a person that said something that needs to be said. He took a position and he didn’t bend on that position. And as I saw it, I said: ‘Look, I support you 1000%.’

Before he did that, I was constantly asked if I thought things have changed. And the fact that we’re in the 2000s and, we have professional athletes making millions and they’re still facing the same threat is instructive–whether you talk about him, about Muhammad Ali, you can even go back to Paul Robeson. If you take what was happening in the civil rights era and you take what’s happening now and you put what’s happening now in black and white, it looks no different. That’s also what came to my mind–how we’re still dealing with the same stuff is not a coincidence. Right?

I was waiting to see what happened because when people take a stand like that, it’s what Noam Chomsky calls ‘the threat of a good example’– so I just wanted to see how he was going to respond to it, you know? And I was hoping that he wouldn’t give him, I was hoping that he would stay the course. And he did it wonderfully and he built upon it. So I was envious in a good way. Because when I did it, I was still processing my thoughts and they threw the world at me before I could really understand it myself.

“We at Kaepernick Publishing are humbled to bring Mahmoud Abdul-Rauf’s powerful story to life,” added Kaepernick. “Stories like Mahmoud’s are rarely given the respect and prominence they deserve by mainstream media, and we are here to change this. Our goal at Kaepernick Publishing is to amplify the courageous work of people like Mahmoud and to provide a platform for inspirational voices to tell their stories with truth, authenticity, and integrity.”

Today, Abdul-Rauf participates in the BIG3 basketball league and serves as a motivational speaker to audiences around the world. He hopes his autobiography can inspire someone in the same way Malcolm X’s inspired him.

“It made me ask myself how I want to be remembered. Not just for the sake of being remembered, but for my soul,” said Abdul-Rauf. “I want to die clean; I want that, you know?

“But I also want to tell my story.” 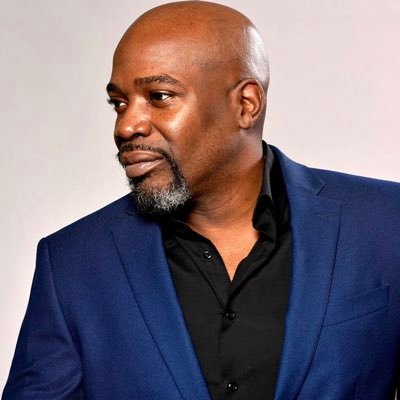