"You can't just brush this under the rug and think that it's going to just go away," the burn victim's mom said. "It’s not."

A 13-year-old student in Henrico County, Virginia, suffered second and third-degree burns last week when a schoolmate set his hair on fire in front of their entire middle-school class.

According to Fox 19, the unidentified boy — whose mother does not want him to be publicly named, nor was she identified — spent days at the VCU Medical Center. “He had long, curly, just a nice head of hair; it was beautiful,” she said. “All I could hear the teacher say over the phone was something is happening with my son.”

The incident occurred Wednesday at John Rolfe Middle School in Richmond, where students were on lockdown due to COVID-19 contact tracing protocols. They were eating lunch in their math class, and the boy reportedly went to throw his tray away when a female student approached him from behind and, with a lighter, set his hair on fire.

The teen had hair that flowed past his shoulders, and photos from the local news outlet shows him with burns to his scalp. His mother said that the side of his head, his ear and parts of his neck are also scarred and blistered. 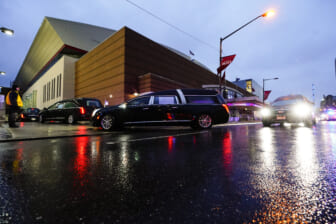 The victim’s mother said she was summoned to the school by administrators who, she maintained, are downplaying the incident and did not initially want to press charges. However, the Henrico Fire Marshal’s Office charged the teenage girl with unlawful wounding on Thursday.

The school’s principal, Debbie George, issued a statement to parents and students after the incident, delivered via automated phone call.

“This is Ms. George, principal of John Rolfe Middle School. I’m calling to let you know about an incident that took place in your child’s science class today,” she said. “A student was burned by a classmate who was playing with a lighter. The injured student was taken to the hospital and is receiving treatment. Here at school, we are reviewing the incident to ensure something like this does not happen again and taking appropriate disciplinary action as necessary. Thank you.” 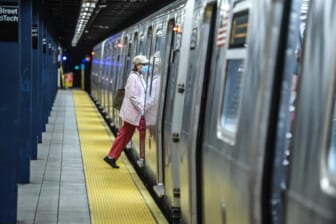 The victim’s mother, however, said she does not feel the response has been adequate.

“You can’t just brush this under the rug and think that it’s going to just go away, It’s not,” she insisted. “My son is severely hurt, he’s suffering, and it’s not fair to me; it’s not fair to him, so y’all just need to be held accountable.”