Todd posted regrets for being "disgusting," but the megachurch pastor's viral moment continues to trend on social media.

Religious services Sunday in Tulsa, Oklahoma, went viral after Pastor Michael Todd was recorded spitting into his hand and rubbing it on the face of a parishioner.

In the clip, Todd, the pastor at Transformation Church, cupped his hand and wiped large glops of saliva and phlegm on the face of a man — much to the chagrin of social media users earlier this week, who expressed disdain for the act, particularly during the ongoing coronavirus pandemic that has killed nearly 855,000 Americans.

In a video posted Monday on Twitter, Todd apologized for his actions. His caption reads: “It’s never my intention to distract others from God’s Word and the message of Jesus… even with illustrations! I apologize for my example being too extreme and disgusting! I Love Everybody.”

He added that even though he feels his actions “crossed the line,” he is passionate about giving people hope — “so much so that I try to do extreme things.”

“Perhaps this is why so many were offended by Todd’s sermonic illustration. It was neither grounded in the biblical narrative itself nor redirecting those searching for hope to the one who provides the wellspring of it,” Benbow contended. “Added to that, it was disgusting. As illustrated in that clip, the main point of Todd’s sermon was ‘faith is nasty.’” 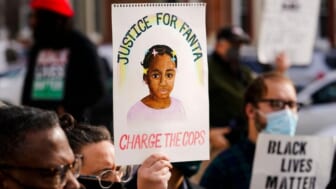 “Faith is a lot of things: it’s complicated, frustrating, mysterious, and often isolating,” she continued. “’Nasty’ isn’t how most would describe faith. Hocking spit in your hands and wiping it on the face of someone else is nasty — and, in the Missionary Baptist Church where I grew up, an invitation for a different kind of laying on of hands.”

Todd’s spitting act was indeed a viral moment for the megachurch pastor and author, and he is still trending on social media as people continue to debate it and discuss spiritual trauma within the Black church. 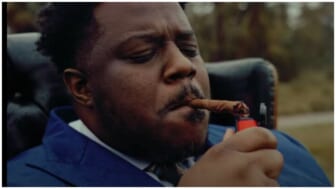 “I think the #miketodd fiasco is the perfect example of how dangerous it is to be overly reliant on demonstrations/theatrics to convey the word of God. Jesus taught the people by simply telling stories. The word is powerful. It doesn’t need all the embellishments,” one commenter wrote on Twitter.

Another tweeted: “That Mike Todd video will definitely be used for nonbelievers as an excuse as to why they don’t go to church. That was one of the most repulsive acts I’ve seen done in the name of Christianity. Know em for yourself folks.”