Girls Trip was a breakout hit comedy in 2017. Now, it looks like Girls Trip 2 is coming.

Will Packer, the producer of the hit film, told Michael Strahan of Good Morning America on Friday that a sequel was “underway.”

“Can’t we all use a post-pandemic trip, my friend? I think that the time is actually right, and this is something that I will tell you and break right now at GMA: the Girls Trip 2 sequel, we are underway,” Packer said. “We are absolutely in the stages, the ladies are in, I just talked to the director.” 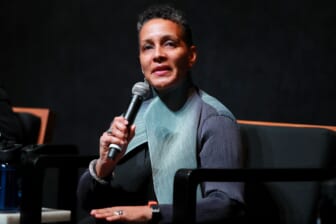 The ladies are the stars of the original film, Regina Hall, Jada Pinkett Smith, Queen Latifah and Tiffany Haddish. Malcolm D. Lee, who produced the film with Packer, was the director.

“We are underway with Girls Trip 2, and now it’s just about what kind of trip do we take, right?” Packer continued. “Post-pandemic with all our favorite crazy ladies, what do we do with them? That’s what we got to figure out.”

Girls Trip, the story of four girlfriends rekindling their once strong bond during a trip to the annual Essence Music Festival in New Orleans, was one of the surprise hit films of 2017. With only a $19 million budget, the movie wound up grossing over $115 million domestically, and $140 million worldwide.

The original film was written by Black-ish creator Kenya Barris, and Tracey Oliver, who also created the story with Erica Rivinoja. Lee is well known for directing the Best Man films, Undercover Brother, Welcome Home, Roscoe Jenkins, and most recently, Space Jam: A New Legacy. Packer has produced films such as Stomp The Yard, Think Like a Man, This Christmas, and The Photograph. He will be producing this year’s Academy Awards telecast as well.

Girls Trip turned out to be a breakthrough role for Haddish. 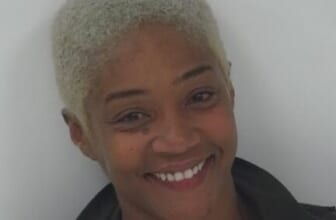 In December of that year, she dropped her memoir, The Last Black Unicorn, and it became a New York Times best-selling book, and the audiobook version earned her a Grammy nomination for Best Spoken Word Album.

Haddish would end up getting her first Grammy win in 2021 for her stand-up comedy album, Black Mitzvah. She landed a leading role in the TBS comedy series, The Last O.G., opposite comedian Tracy Morgan. She currently hosts the long-running children’s program, Kids Say the Darndest Things.

Besides Haddish, the other principal members from Girl Trip have all kept very busy.