Comedian Tiffany Haddish spent a couple of hours in police custody early Friday morning after she was arrested for driving under the influence.

The 42-year-old Girls Trip star was pulled over by officers in Peachtree City, Georgia around 4:20 a.m., according to local police department sources.

Peachtree City is located about 31 miles southwest of downtown Atlanta. 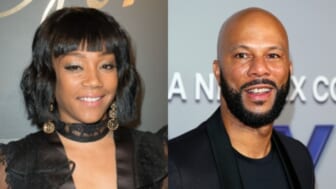 Police said Haddish “pulled into the yard of a residence,” when they initiated their traffic stop.

She was booked for improper stopping on a roadway in addition to DUI before being transported to Fayette County Jail in Fayetteville, Georgia without incident, police said.

Police also noted it appeared Haddish had smoked marijuana. She later posted a bond of $1,666 around 6:30 a.m. after posing with her signature bright smile for a mug shot photo.

Haddish is known for her upbeat and positive public image, but she’s been forced to contend with several tragedies in her personal life lately. The grandmother who raised her passed away recently along with Haddish’s dog, according to TMZ. 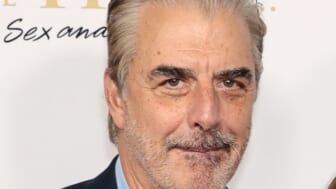 Haddish was friends with fellow comedian Bob Saget, who was found dead in an Orlando hotel room on Sunday, and producer Bob Craig, whose death was confirmed by Northern Exposure actor Rob Morrow.

Haddish shared her love and grief over losing Sagat on Instagram earlier this week.

“I am going to miss you so much,” she wrote. “You have brought so much joy to this planet. You were one of my 1st Great teachers. You always made me feel safe and worthy. You always made me laugh. Now you make God and all the Angels laugh I Love you forever!”

Several of Craig’s famous friends, including Haddish and fellow actor Robert Townsend, paid tribute to him on social media.

“This one hurts a lot Carl Craig,” Haddish wrote on Instagram earlier this week. “When I 1st met you we laughed for three hours. That was in 2004 you taught me so much about this business, you protected me, pushed me, Scolded me, advised me, and congratulated me. I love you and I will keep you in my memories and heart R.I.P.”

Sources for Haddish did not immediately respond Saturday morning to a request for comment from theGrio.