Biden is hoping he can maintain the support of Black voters

Joe Biden’s run for the Democratic presidential nomination was all but declared dead as he headed to the South Carolina primary in late February 2020.

He had finished fifth in New Hampshire and fourth in Iowa. Still, Biden advised skeptics to withhold judgment until a state with a large pool of Black voters, the most reliable Democratic constituency, had a chance to weigh in.

“Too often your loyalty, your commitment, your support for this party has been taken for granted,” he said. “I give you my word as a Biden that I never, ever, ever will.”

Black voters delivered, recasting the Democratic contest and sending Biden on his way to the White House.

Now, one year into his presidency, Biden is hoping he can maintain the support of Black voters, even as his failure to deliver on voting rights legislation and other issues has left some loyalists dispirited. Of the many challenges he confronts as he enters his second year, few are as important as retaining the strong backing from his party’s base.

Just 6 in 10 Black Americans said they approved of Biden in a recent poll by The Associated Press-NORC Center for Public Affairs Research, down from about 9 in 10 who approved in polls conducted through the first six months of Biden’s presidency. 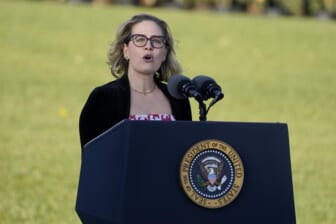 “I’m perplexed. At some points, I’m angry. I’m trying to see if there is anything redeeming,” said George Hart, 73, a professor and faculty adviser to the student chapter of the NAACP at Benedict College, a historically Black institution in Columbia. “I’m just so disillusioned, I don’t know what to say.

“He let so much happen from the time he became president to the time that he actually introduced the measure, it was lost,” said Hart, who supported Biden in South Carolina’s primary. “And we are the ones, African Americans, Black voters, who are going to pay the penalties.”

Hart’s was not a universal view in interviews with Black voters in South Carolina last week, but it is a worrisome sign for a president whose approval ratings are near record lows. Some Black South Carolina voters who long supported Biden’s campaign hold out hope for his administration, while those who supported him reluctantly — or not at all — say they’re unimpressed.

Dennis Brothers, who supported Biden “from the very beginning,” said he felt things were going “pretty well,” although he is frustrated by Biden not honoring a campaign promise to cancel — not delay — some amounts of student debt.

“That has been a disappointment,” said Brothers, a 31-year-old media specialist from Calhoun County. “I just hope that some of those promises that were made, are kept.”

In the next three years, Brothers said the administration should be more transparent about its goals, particularly on issues pertinent to Black voters such as a policing overhaul.

“We know that Rome was not built in a day,” Brothers said. “I’m not going to say he’s not trying, but I just wish he would try a little bit harder.”

Margaret Sumpter, a 64-year-old rural community advocate from Hopkins, blamed the stagnation of voting rights on congressional gridlock, not inaction from Biden, who she said was discovering that the bipartisan successes he had as a longtime senator didn’t necessarily translate to the presidency. 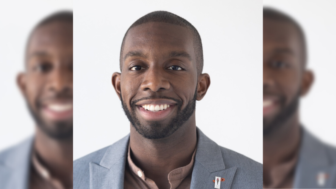 “I think that he could push a little harder with Republicans like Mitt Romney and some of the other folks to help him to get this passed,” said Sumpter, who backed billionaire businessman Tom Steyer during South Carolina’s primary but then voted for Biden.

“The same thing that they’re doing to him, they did it to Barack Obama,” she said. “Why? Do people think Republicans are going to treat him any differently, because he’s a white man? No.”

Others are less patient.

Travis Lincoln attended Biden’s first South Carolina rally in 2019 and even deejayed a later event, but ultimately backed tech entrepreneur Andrew Yang in the primary. Lincoln, who runs a Columbia homeless veterans organization, supported Biden in the general election but said he had been underwhelmed by Biden’s presidency.

“His campaign sold us on the idea that he was going to support some Black issues, and that’s not really happened,” said Lincoln, 44. “The people that were in his corner thought that was going to be the best move for him. It was more political strategy than anything.”

On voting rights, Lincoln said he saw the effort as doomed from the start, due to known Republican opposition. Instead, he argued, Biden should have focused on other issues where progress could have been possible, such as expunging nonviolent drug-related offenses, an issue on which Biden campaigned but has not taken executive action.

“Black people are the reason Joe Biden is president, and I don’t feel … that there has been one time that he’s ever shown us a ‘thank you’ by way of policy,” said Frazier-Gaines. “Yes, his administration has given a lot of talented Black people opportunities to serve in different positions. All of that is cute, but that’s not doing anything to put food on the tables of Black families across the country.”

Still, Biden has retained the support of Rep. Jim Clyburn, the third-ranking Democrat in the U.S. House and a powerful figure in South Carolina, especially among Black voters. Rather than fault Biden about voting rights, Clyburn has focused his criticism on the two Democrats who doomed the legislation, Sens. Joe Manchin of West Virginia and Kyrsten Sinema of Arizona.

Bre Maxwell, a Democratic National Committee member, dismissed the criticism that Biden had been anything but authentic with the state’s Black voters.

“I don’t think he would have wasted all this time just for it to be lip service,” said Maxwell. “I think he’s very genuine, and I think he wants to keep everybody happy.”

Satisfied that Biden — whom he supported in the primary and worked to get elected — is doing a good job overall, veteran civil rights activist James Felder blamed not the president but “almost obstructionists” Manchin and Sinema for the voting rights failure.

To Sumpter, Biden is doing as well as could be expected and has achieved some real change, such as the enhanced child tax credit.

“He’s living up to what I expected him to be able to do,” Sumpter said. “There’s only so much that a person can accomplish in that first year.”