Almost all of Nguyen's castmates have released their own statements condemning her posts, which resurfaced last week

The fallout from The Real Housewives of Salt Lake City star Jennie Nguyen‘s resurfaced social media posts continues. On the latest episode of Radio Andy on SiriusXM, executive producer of The Real Housewives, Andy Cohen, opened up with his thoughts on the current controversy, referring to the posts as “disgusting and upsetting.”

As theGrio previously reported, Nguyen had some old Facebook posts resurface that now have fans calling for her to be fired from the popular series.

The posts include various anti-Black Lives Matter, anti-vax and ignorant memes, dating all the way to October 2020, mere months before she was hired and started filming for the series.

While her other castmates have come out with statements addressing and condemning the posts, Cohen himself has now spoken out about them. 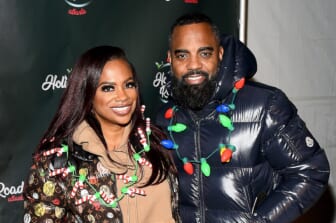 While Nguyen’s posts were briefly mentioned on Sunday’s Watch What Happens Live! with Andy Cohen, many fans took to social media to express their disappointment in the lack of focus on Nguyen’s behavior.

On Monday morning’s installment of Andy Cohen Live, the host revealed that the episode was pre-taped.

“People were very upset about the lack of discussion on last night’s episode relating to Jennie’s disgusting and upsetting posts,” he explained. “I’ve also seen all the tweets wanting to know what’s being done about those posts.”

He then added, “I just wanna say —in case anyone doesn’t realize it—that there are many serious discussions happening right now about everything. And, I can’t address the situation right now, but it will be addressed very soon, and thank you for your patience.”

Cohen then chimed in on his thoughts regarding Nguyen’s posts, saying, “And the posts were very upsetting, rightfully, and disgusting.”

As theGrio previously reported, Nguyen issued her own formal statement following the backlash.

She wrote to her followers, “I want to acknowledge and apologize for my deleted Facebook posts from 2020 that resurfaced today. At the time, I thought I was speaking out against violence, but I have since learned how offensive and hurtful my words were.”

Some of her castmates, however, are not buying it. Jen Shah also took to social media with her own response, writing, “Since my RHOSLC cast member has admitted that she made those horrible comments and posts, I must now stand up, on behalf of my husband and sons who are African American, to say that I am deeply offended by the racially insensitive posts and comment.”

She then added, “I am equally disappointed by the disingenuous apology that was issued. Needless to say, we have some real s— to talk about.”