Nguyen is currently in her first season on "The Real Housewives of Salt Lake City."

Weeks before her first season has even ended, Real Housewife of Salt Lake City Jennie Nguyen has come under fire after offensive social media posts resurfaced.

In the popular Real Housewives franchise, it has become increasingly hard to keep any sort of secrets from the savvy fans, especially due to social media. 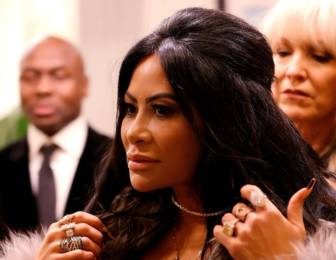 Nguyen is the latest reality star to come under fire for her past behavior on social media, with controversial posts resurfacing from her Facebook page in 2020, mere months before she was cast on the popular show. After the posts resurfaced, fans immediately began calling for Nguyen’s firing from the show.

The controversial posts stem from Nguyen’s Facebook account, in which she shared various memes and photos with anti-Black Lives Matter sentiments.

One post read, “Hundreds of blacks shot and many killed (including children) by other blacks every week. Over a thousand Officers violently injured, some permanently, by rioters. Anarchists rioting in major cities every night, which has caused billions of dollars of destruction to private and public property. And you still think Police Officers are the problem. You are an idiot.” 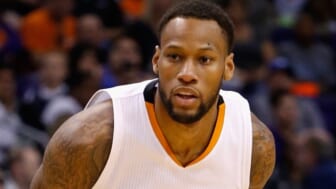 “If you follow the officers [sic] orders, you won’t get shot,” reads a posted connected to a meme of Ken Jeong in Community yelling.

Minutes after the resurfaced posts made their way to Twitter and Instagram, many viewers and fan accounts shared their opinions on Nguyen’s actions, questioning Bravo for not seeing these posts when hiring her.

One account wrote, “The Jennie Nguyen anti-black lives matter and pro-Trump posts made me throw up. Please don’t bring her back next season @Andy#RHOSLC.”

Other Black fans took to social media to share that they saw this coming, and had noticed some questionable behavior from Nguyen on the show.

One fan wrote, “The way us black fans were literally laying out examples of Jennie using micro-agressions, blaccrnt, and all types of racism but y’all made it look like we was crazy and just reflecting. It took a whole resurfaced FB lost for hall to catch on. Next time shutup and listen.”

Nguyen addressed the controversy on Instagram in a post captioned #hateisavirus: “I want to acknowledge and apologize for my deleted Facebook posts from 2020 that resurfaced today. At the time, I thought I was speaking out against violence, but I have since learned how offensive and hurtful my words were.”

“It’s why I deactivated that account more than a year ago and why I continue to try to learn about perspectives different from my own. I regret those posts and am sincerely sorry for the pain they caused.”