Cousin arrested in connection with the disappearance of Detroit teen

A relative of missing Detroit teenager Zion Foster has been named a person of interest and today, Detroit police asked for a homicide warrant in the case.

Jaylin Brazier, 23, was arrested Saturday on a felony warrant for lying to police in connection to the Jan. 4 disappearance of 17-year-old Foster, PEOPLE reports. Brazier is Foster’s cousin by marriage.

Prosecutors returned the warrant for further investigation, per a NBC 4 Detroit report and Brazier is being held on $500K cash bond.

He and Foster often hang out together and did so on the day she went missing, WDIV-TV Local 4 News reports. Brazier, who has a criminal history, picked up Foster at their Eastpointe, Michigan home and reportedly refused to tell the teen’s mother where she was after she failed to return home.

Ciera Milton, Foster’s mom, said her daughter texted her and said she was coming home but she never made it. Milton used her daughter’s phone’s GPS to track her location to the Greenfield and Seven Mile area in Detroit. Foster was officially reported missing on Jan. 5.

“We’re just trying to get our daughter back,” said Foster’s father, James Royster, per the Detroit News. “All we want is for Zion to come home.” 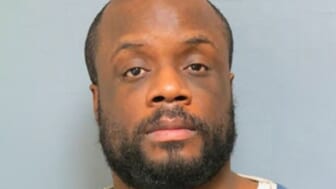 Royster launched a fundraiser on GoFundMe to offer a reward that leads to tips regarding her whereabouts.

A message on the campaign page reads, “Many have seen the story of Zion Foster. She’s been missing since January 4th and we need funds to aid in a reward for the intel or leads that will bring our baby home safe.”

Roster describes his daughter, the oldest of seven, as “beautiful, kind and smart, not to mention ambitious, an entrepreneur, and strong.”

“She’s talented in drawing, singing writing and so much more! She’s got a heart of magic always looking to see what she can do for others, especially family and friends,” the message continues.

“Our baby hasn’t returned home since the 4th of January. She deserves to go to prom and graduate! Get her license and first car. We need help from people to give us real tips that will help us #BringZionHome ALIVE and back into safety. Please, help us! Your donation can directly impact the search and rescue of our daughter, Zion,” the message concludes.

Royster said his daughter had so much she was looking forward to, so she wouldn’t simply disappear.

“We were talking about her graduation and what dress she wanted to wear and what college she might want to go to. There was a lot going on,” Royster said. 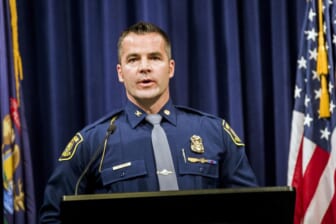 Brazier was arraigned Jan. 24 in the 38th District Court.

“He’s in good spirits,” said attorney Matthew Licata, who represented Brazier at the initial court appearance. “He vehemently denies the charges and looks forward to the court proceedings.”

Anyone with information about Foster’s disappearance is asked to call Detroit police at (313) 596-2260 or Crime Stoppers at 1-800-SPEAK-UP.