Hyram Hill, 23, was shot and killed around 4:38 a.m. on Monday, according to the city district attorney's office.

Authorities in Philadelphia are looking for the two people they say fatally shot the adult son of a city police officer during an alleged robbery attempt that took place early Monday morning.

Hyram Hill, 23, was shot and killed around 4:38 a.m. on Monday, according to the city district attorney’s office. The shooting took place in the 1400 block of West Allegheny Avenue in North Philadelphia. 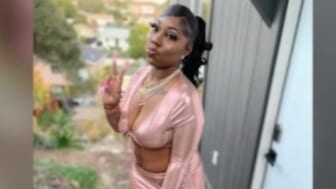 Authorities said Hill, who was home from school, was shot a total of nine times, including eight shots in the back. He was transported to Temple University Hospital where he was pronounced dead a short time later, the D.A.’s office said.

Police told Fox29 that the shooting occurred in front of a bus stop after Hill stopped at a corner store near the intersection of Allegheny Avenue and Broad Street and in North Philadelphia.

It’s believed Hill was targeted by two shooters that followed him from a nearby venue where he worked as a bouncer, police sources told the local news station.

The D.A.’s office said the shooting was captured on video.

“This investigation remains ongoing,” Philadelphia District attorney Larry Krasner told reporters during a Monday morning press conference. “No arrest has been made by [Philadelphia Police Department] at this time.”

Ferguson also urged those who loved her son to “stand down” and allow the police to handle the investigation.