"Biography: Bobby Brown" and "Bobby Brown: Every Little Step" will premiere in May.

A&E will premiere not one, but two separate docuseries on Bobby Brown. The network announced that both series will start airing in May, according to a press release.

Brown, a Grammy Award-winning, multi-platinum-selling singer, will be chronicled as part of A&E’s long-running Biography series. For Biography: Bobby Brown, viewers will get a two-part definitive look inside the life of one of R&B music’s most distinctive characters and performers.

Biography: Bobby Brown will cover Brown’s humble upbringing in the projects in Roxbury, Massachusetts, his first taste of fame with the legendary group New Edition, and his stratospheric solo success.

It will also speak on his tumultuous downfall, addiction struggle, the death of his first wife, singer Whitney Houston and his children, Bobbi Kristina and Bobby Jr., as well as his redemptive rebirth and family life. 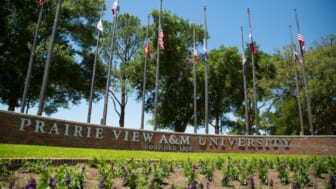 In the docuseries, Brown goes into great detail himself about his life, sobriety, fame at a young age, his bad boy image and grief. The documentary will share a personal look at the performer visiting Houston’s and Bobbi Kristina’s gravesite.

The second series, Bobby Brown: Every Little Step, will be a more extensive look at present-day Brown, observing him as a husband, father, and food entrepreneur. Viewers will also get a behind-the-scenes look at his latest venture with New Edition as they embark on their 2022 tour, The Culture Tour. 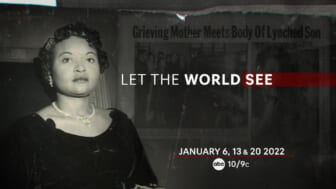 Also Read:
‘Let the World See’ on ABC is a must-watch docuseries

Viewers will get to see Brown’s day-to-day life, music projects, his commitment to sobriety and physical health, as well as up-close-and-personal looks at his family, including his wife Alicia Etheredge-Brown, their children Cassius, Hendrix and Bodhi, and Brown’s older children, Landon and  La’Princia.

The legendary artist told theGrio in November that New Edition would be touring in 2022, ahead of their on-stage performance with New Kids on the Block at the 2021 American Music Awards.

The Culture Tour will reach 30 venues and feature special guests Jodeci and Charlie Wilson. The tour kicks off on Feb. 16 at the Columbus Civic Center in Columbus, Georgia and wraps up on April 10 at Miami’s FTX Arena.